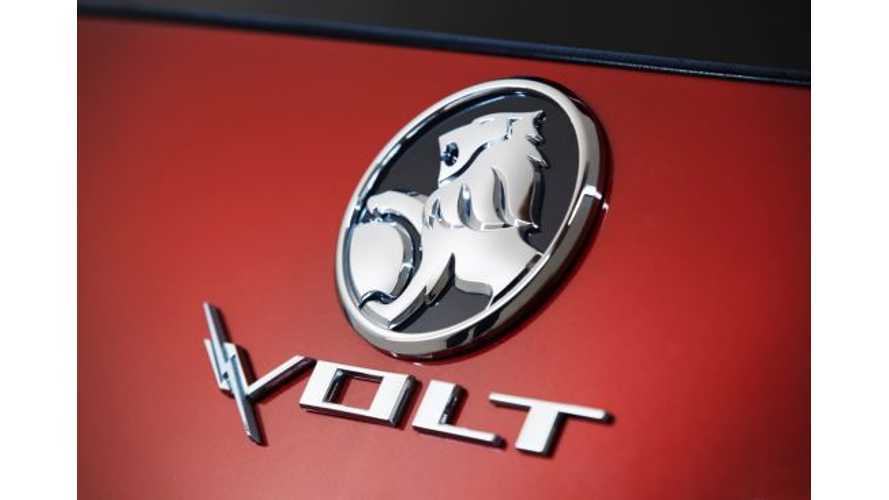 Holden Volt Gets A Charge

For those of us in North America, we probably will find the Holden Volt's price tag of $59,990 AUD ($62,000 US dollars) a touch daunting, but that premium is inline with other imported vehicles in the country.

“Volt is a new kind of flagship for Holden and it is already a proven world beater, having taken out both the North American Car of the Year and European Car of the Year awards,” - Holden Chairman and Managing Director Mike Devereux

Interestingly, Holden has their own spin on the Volt's capabilities, as well as how the typical Australian might benefit:

"The first 87 kilometres (54 miles), depending on driving style and condition, can be driven on a charge from a regular household wall outlet but when that charge is depleted, the generator switches on to maintain a charge in the battery that gives the car more than 600 kilometres (372 miles) of total range."

We suppose this is why it is good to have the US EPA rating system on your side, as the 2013 Chevrolet Volt is rated at a more realistic, if not conservative 38 miles.
So why then tout 87 km as the range of the car?

"With over 80 per cent of Australians living in major capital cities commuting less than 80 kilometres in a single day, Volt drivers could achieve their weekly commute on electric charges only, yet still head interstate on the weekend, avoiding the range anxiety caused by traditional electric cars."

Check out today's Holden press release for more quotes and specifications on the 2013 Holden Volt.

Holden Volts Come With The Ability To Drive Themselves!   Wait, What?   The Other Side You Say? Nevermind.