Chevrolet Volt Assembly Plant In Hamtramck Idled A Month. But Not Why You Are Thinking 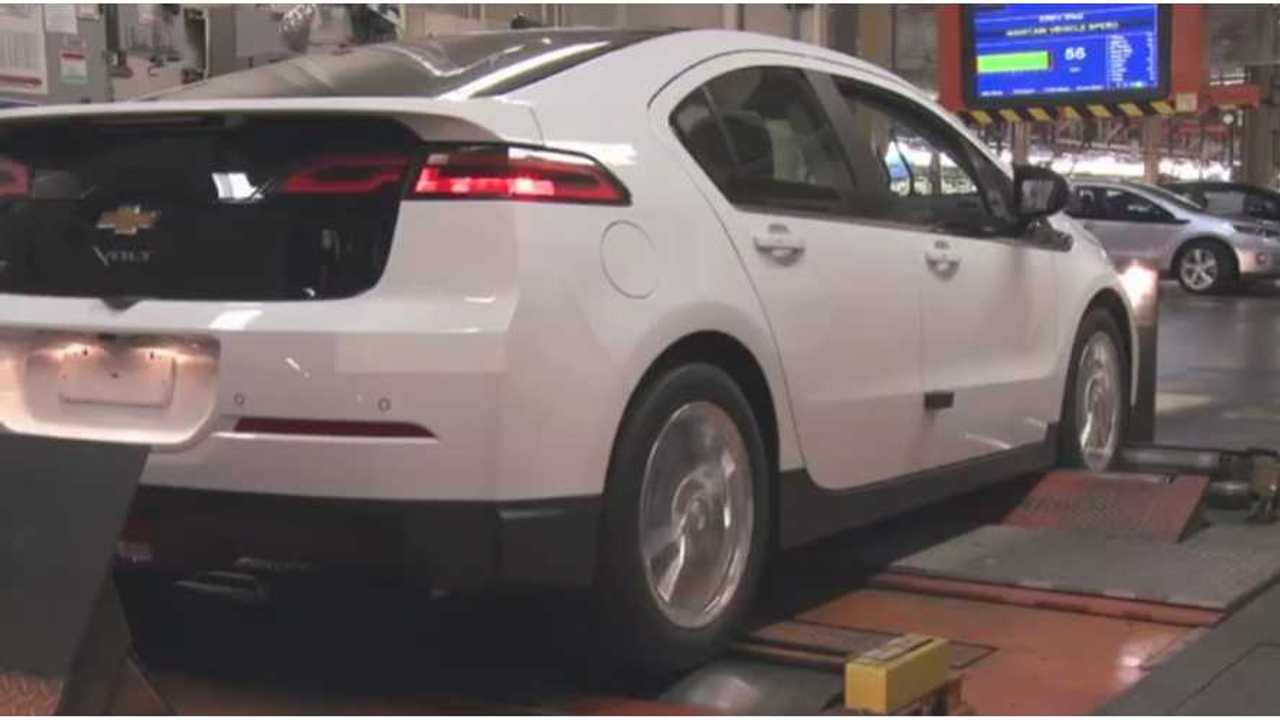 General Motor's Hamtramck assembly plant in Michigan will be idling Volt production for a month starting Monday, September 17th and running through October 15th of this year.  A fact made public by sources speaking to the Automotive News on Monday.

This marks the second time this year the plant has unexpectedly closed its doors, the first being last March, which at the time was due to excess Volt inventory.

Given the Chevy Volt's status of being the tip of the spear for political debate, and resident media circus poster child of late, we have a feeling this could be spun as a reflection on the viability of Chevrolet Volt/Ampera at some outlets.

InsideEVs has learned from a source at the Michigan plant that early last week, Hamtramck's 1,400 odd workers and some of the 150 or so management-types, found out that the plant would be closing in about a month's time for four weeks.

So why the closure?  According to our source at GM, it is "to make room in the plant for the upcoming Impala, and it has nothing to do with the Volt really."

GM officially has also since come out with a statement saying they are "gearing up for production of the new Impala" and that the idling is "not due to poor Volt sales."

Despite the idling of the plant, the source says the hiring of workers on a permanent and temporary basis at the plant is still continuing, with new hires coming on board even after the announcement last week.  A second shift is also reportedly set to begin early in 2013.

Certainly not the actions of a plant suffering from no demand for its product.  Looking at the big picture, it seems pretty obvious what is happening in Hamtramck.

Backstory on the Impala in Hamtramck, and the circumstances around this earlier than originally expected addition to the plant:

GM is currently waging war with the Canadian Auto Workers Union, a battle focused in Oshawa, Ontario, and on the new Chevrolet Impala directly.  A car that will likely make up almost half of the production of GM vehicles built in that country.

GM's workers in Canada are amongst the company's highest paid in the world, a fact even more exaggerated with the recent strength of the Canadian dollar versus the US dollar.

On August 19th, the union "voted 96.8% in favour (note Canadian 'U') of giving the bargaining committee a strike mandate." So you can see how the negotiation with workers is progressing for GM.  Of interest, the CAW contract expires the 17th of September, the same day Hamtramck is idled.  All just coincidence we are sure.

And while GM is somewhat hamstrung by being legally required to source 16% of its production content from Canada in 2014 and 2015, as part of the Canadian (and Ontario) government's $10 billion dollar bailout/bankruptcy rinse assistance, the flexibility of having a secondary line able to produce the Chevrolet Impala at a moments notice, is a huge piece of leverage.

Consider this action by GM in Michigan as an official response of 'your move next CAW.'

Even if Chevrolet Volt/Ampera demand was low, and the reason was not in fact preperation work for the new Impala.  Plant shutdown is no longer the answer of choice, as it has been the past.  General Motors now has the ability to easily still shift production to the new Malibu in the Hamtramck, moving capacity from its sister plant in Fairfax over shutting it down.

The Malibu line in 'Dham' just began producing cars in earnest this month (459 units), and part of the reason the Malibu was added to the facility was to smooth out the 'ups and downs' of solely making GM's plug-in cars at the facility.  (GM July production PDF - The Malibu's main Fairfax Assembly plant produced over 6,000 Malibus in July)

So, sometimes the idling of a plant means inventory has outpaced demand, as was the case earlier this year.  But not this time.   This is time, the idled plant is not about the Chevrolet Volt at all.

Helped in part by a very aggressive dealer incentive program and pricing discounts to the customer, GM is currently on pace this month to easily eclipse their best sales month of all time.  (2,289 Volts were sold in March of 2012)