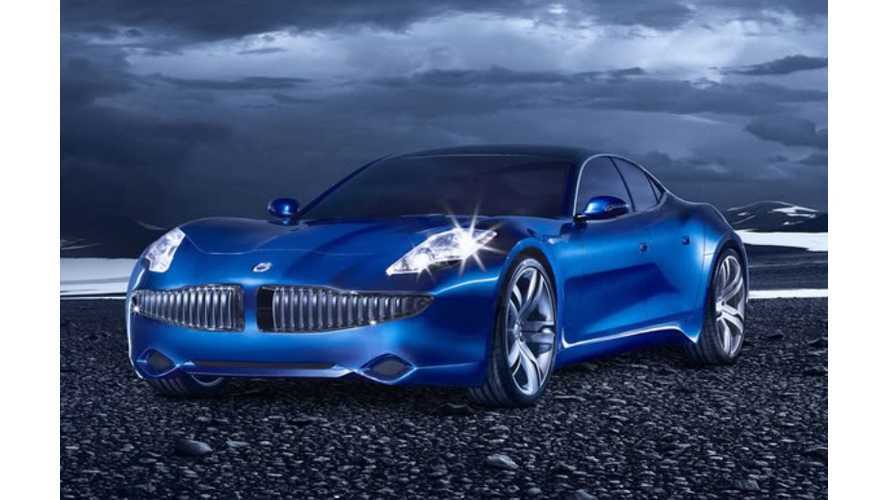 The one thing small automakers are loathe to do it seems, is to give sales or production updates on their plug-in cars.

However, at the end of every month, when the big players seemingly release every smidgen of news on how their EVs are being received by the market, the question always becomes "well, what about these other guys that didn't report?"

Thankfully, (at least for us) some external market factors have flushed most of them out into the open this month:

Tesla Model S: Faced with investor scrutiny over cutting production estimates for this quarter, Tesla is practically giving us bi-monthly updates of how things are going since the first cars were delivered this past June.

Fisker Karma: If there is an automaker out there more secretive than Fisker, it must be located in Russia or China.

However, thanks to a recent Karma fire that started due to a defective cooling fan (and engineers who apparently didn't think installing a fuse on that circuit was a good idea), Fisker has issued a voluntary recall on the car. All 2,400 of them. Exclusive to InsideEVs: At the beginning of the year, Fisker told investors privately they expected to produce 4,000 Karmas in 2012, and they look to be on track.

Honda Fit EV: Honda obviously is not a small automaker, but the Fit EV (our review here) is a limited offering, as Honda will only build 1,100 of them. After delivering their first car on July 20th, Honda went on to 'sell' 7 more by month's end.  (The Fit EV is only available via lease)

Exclusive to InsideEVs: We contacted Honda to ask about sales going forward, and their Mgr of Plug-In Sales, Robert Langford told us they "anticipated approximately 40 deliveries per month on average" for the rest of the year. Which would put total 2012 sales around 200.

CODA Sedan: You know you are small when your car really doesn't have a name. If you go to CODA Automotive's website, they simply list their 88 miles (EPA) electric sedan as just "the car."

Here again, sales are not reported by the company, but a recall this week by the NHSTA for "side curtain airbags (that) may not have been properly installed which could cause them to not deploy as intended" (NHSTA Campaign ID: 12V409000) has pointed to 78 cars sold into the US.

You can follow the other major automaker's EV progress in our plug-in sales scorecard, and look for a monthly report from all the big players on the first Tuesday of every new selling month.