Around The World Trip In An EV Nearing Completion 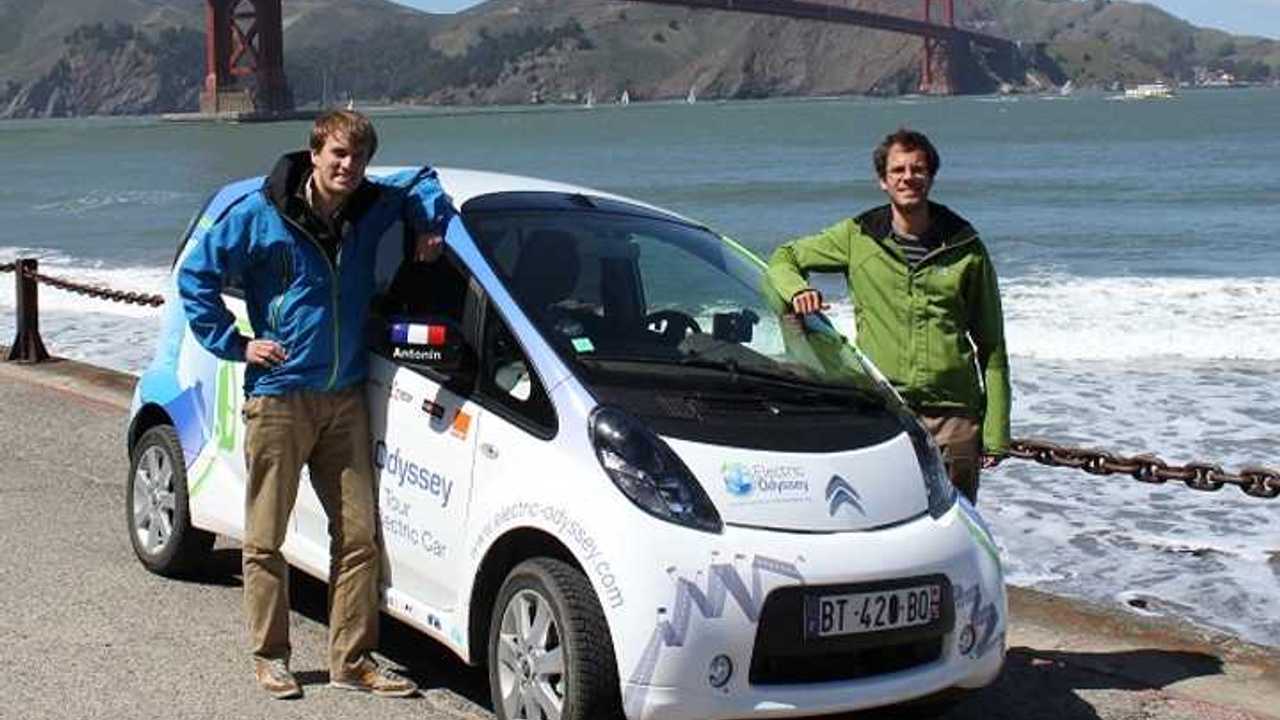 The Guys From Electric Odyssey At Some Unknown Locale, Probably Mongolia Or Something

How difficult would it be planning a route to travel around the world in an electric car?  Let alone the amount of patience needed to actually complete the task? But that is what two young engineers, Degon Xavier, 27, and Antonin Guy, 28 are on the verge of completing in a Citroen C-Zero, better known around the world as an Mitsubishi i-MiEV.

We are guessing that more than a simple entry into the car's GPS was needed to find a route around the world, that also included recharging stops every 150 km (90 miles).

Today for example, the duo are in Chistopol, Russia, which we all instantly recognize as a small Russian city on the left bank of the Kuybyshev Reservoir, world famously known for their EV charging infrastructure (lie).

The purpose of this absurd trip around the world however, is a good one. Not only does it raise awareness of electric vehicles, but the specific focus is to promote the average person's ability to make one work in their daily lives.

"If an electric car can travel around the world, everyone can use for their daily commute."

Thankfully for them, the group has had the high spirits and extreme patience required to make the trek. Thankfully for us, they have a really good video blogging crew and a good sense of humor to make it all interesting.

Below is the crew's latest video going through South-East Asia last week, and an amusing earlier trip to Japan (along with electric DeLorean)