Toyota Tells Of Their Partnership With Tesla, Ability To Make 25,000 RAV4 EVs (Video) 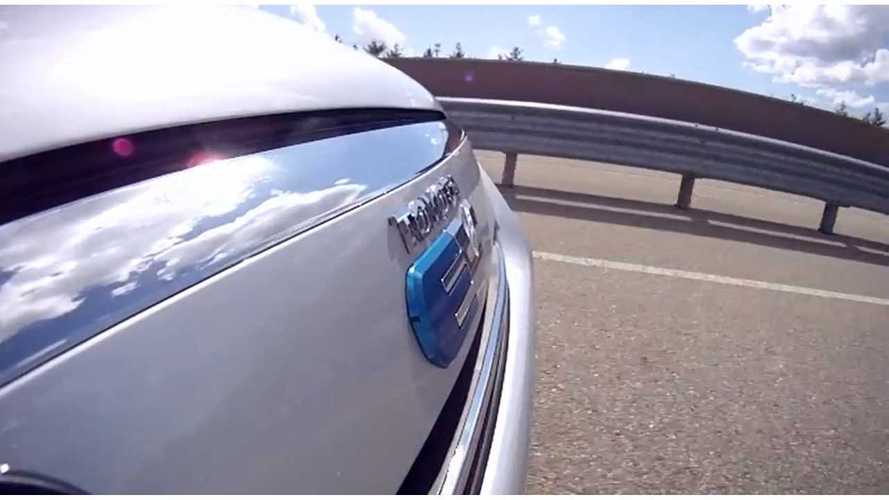 You don't often think of Toyota, or their employees, loosening up their collective ties enough to speak candidly about the early days of meeting up with their counterparts at Tesla, and working with them on the upcoming Toyota RAV4 EV, which starts taking pre-orders this month.  But yet, we have video proof.

Toyota's Executive Program Manager, Sheldon Brown describes first partnering up with Tesla,  "...in the beginning it was a lot of 'get to know you', how you work, and going back and forth.  Think of it as like a dance with a new partner, you're trying not to step on each other's toes and you're trying to get a sense of your timing"

Another employee, Alan Williams, who headed up the Engine Compartment Design Group said of the two group's pre-conceived notions:

"...we all came to the project with the notion that we were going to be working with Tesla, those Silicone Valley guys, and they are all going to be drinking their Starbucks coffees, and 'aw-no worries'...and they probably came to the table all 'we are dealing with these guys working at Toyota, they are going to be stiffs and suits."

In the end, Toyota was grateful for the opportunity to work with Tesla engineers, and to witness a different development process.

Toyota deemed Tesla's engineers as extremely smart, and excellent at problem solving.  For their part, Toyota credits themselves with the ability to both bring the Toyota RAV4 EV quickly to market and to "mass produce it, and make it serviceable at all the dealerships, (and) how to make it reliable and robust."

Although Toyota says the RAV4 EV is a limited production (CARB compliance) car, and will only see 2,600 made, perhaps there is some wiggle room if the SUV is received well.

Toyota's Executive Program Manager states in the video that while they were designing the car to go to market, they did so in order to be able to make "not 1, not 2, but 2,500, 25,000."  Good news for those of us who might not otherwise have the opportunity to acquire a RAV4 EV.

Check out the rest of video from ToyotaESQ below (apparently no ties were allowed during filming):