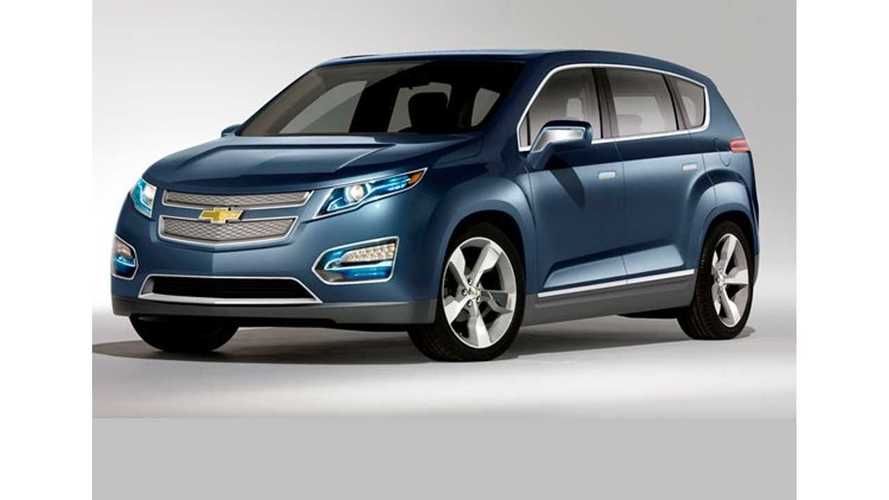 On August 23rd, General Motors confirmed in a statement that they will build the next-generation Chevrolet Cruze in two Ohio plants by announcing a $220 million investment into tooling and equipment.

But so what?  Why do we care at InsideEVs about the Cruze?  Well, what happens with the Cruze, affects the Volt, as they both currently ride on the Delta II platform.

So the first bit of good news is that there is indeed another generation of platform to underpin GM's extended range car.  This is really no surprise however, considering the Cruze is only outsold by the Malibu in the General's stable.

GM didn't have a lot to say about the new Cruze/platform other than:

"Production timing of the next-generation Cruze will be announced later. But (GM Manufacturing Manager Arvin Jones) said the new model will offer new exterior and interior styling, improved fuel economy and an improved interior compartment and more storage space. Preliminary work to clear space in the body shop at Lordstown has begun."

Not a lot to work with from the press release statement.

So how to we get to the conclusion that a Volt based extended range SUV, or a convertible are potentially on the way?  It's all about the platform.

The new architecture, and GM's plans for it, make it a relatively easy (and cost effective) thing to do...and the Volt/ELR is screaming for it.  It also doesn't hurt they have been threatening to build the Chevrolet MPV5 concept since April of 2010.

Even though GM is not giving away any details in their press release on specs, timing, or even a name...that doesn't mean we are not familiar with it, all we really needed to know was that it officially has the green light.  Which GM has done.

We Were Going To Mock Up A Fantastic Image Of A 2 Door Volt, But Then Got Lazy - So Here Is A Shot Of The MPV5 On GM's Roadshow Instead

The platform's name (although unconfirmed by GM) is the D2XX. It will be the new global platform that GM will put a full third of its vehicle lineup up on by the end of the decade.

This platform will combine both the sedans and the crossovers in the compact segment.  Therefore, you will not just see the new Cruze and Buick Verano riding on it, you will also get the GMC Terrain, Chevy Equinox, along with international offerings like the Opel Astra.

Basically, you can build anything on the D2XX.

With the Volt currently using the Cruze's outgoing Delta II architecture, it will also have to move to the new D2XX platform.  Which means we are likely to see a new Volt-based suv, like the MPV5 concept, confirmed in the near future from GM, as the platform can easily adjust to fit that need.

Also, while the current Cruze has no 2 door offering now, the new Dx22 platform is reported to solve that problem as well.   And while this could foreshadow a 2 door Volt offering (alongside the Cadillac ELR), it more likely intimates that a Volt-based convertible will also find its way to showrooms.

Regardless of any new configurations that may be coming, the Chevrolet Volt is now due for some big changes both inside and out in the very near future as it's platform gets an overhaul.  The Lordstown, Ohio plant will begin producing the new Cruze in the summer of 2014, and will be sold as a 2015 model...but GM didn't tell you that either.

GM press release on next-gen Cruze built in Ohio can be found here.

Voltec Styling At Rear of MPV5