You Can't Advertise Like That Here: Vauxhall Ampera Ad Banned For Being Misleading (Video) 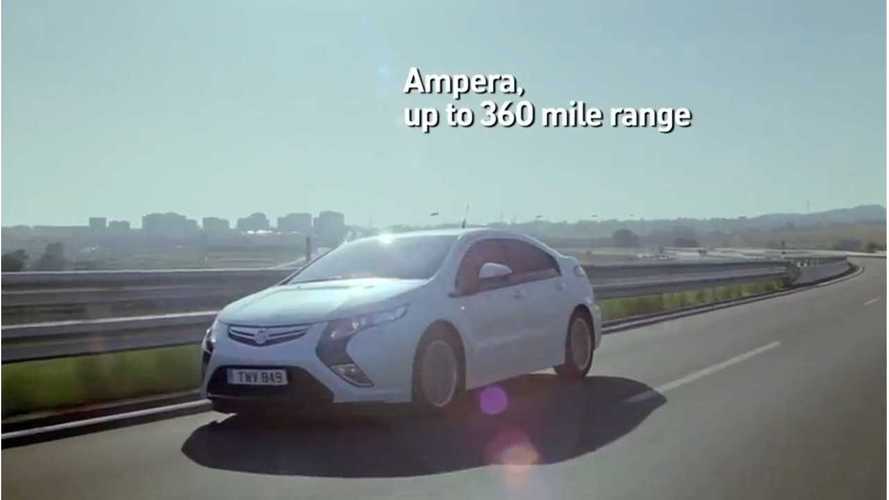 Advertising in Europe and the UK is nothing like advertising in the US.   They have standards, just ask the cosmetic's industry.

The ASA, or Advertising Standards Agency, who is the UK's independent regulator of advertising across all media, said that General Motors breached BCAP Code rules 3.1, 3.2 and 9.8 (Misleading Ads/Environmental claims) in advertising its Ampera extended range car (sister to the Chevrolet Volt), and told Vauxhall to discontinue its broadcast.

So what did Vauxhall do that was so grievous?

As the ad shows the car zipping around the UK electrically, a smooth talking Captain Picard (Patrick Stewart), says "Only true pioneers go further than others. Vauxhall Ampera, driving electricity further," as the screen states "Ampera, up to 360 Miles of Range." The ads does not give any further explanation from the actor or the text media on how specifically the Ampera achieves this 360 miles.

2013 Vauxhall Ampera, Big With the Badging

In discussing the matter, the ASA agreed with Vauxhall's position that the wheels are driven by electricity at all times, and that it also had a 360 mile range, but they felt the commercial did not explain enough to the “average viewer” that this is a type of gas-electric hybrid vehicle.

Besides the two lines of stated text by the Captain, the ad did feature a disclaimer of sorts, running in small text, which stated:

However, in this instance as well, the ASA felt Vauxhall was being somewhat misleading, with the text being ambiguous.  The ASA said the ad needed a clearer message of how the Ampera actually worked.   In a statement, the ASA said: "An average viewer, unfamiliar with the use of petrol engines in electric vehicles would not necessarily understand what the additional power source was."

So, fair or foul?  Watch the ad for yourself.  However, the ASA has stated that the Ampera ad, in its current form, can not be aired again in the UK.

Ads in the US for the Chevrolet Volt have also walked a fine line on truly detailing the full operation of the car, might this also change the way that car is advertised at home?