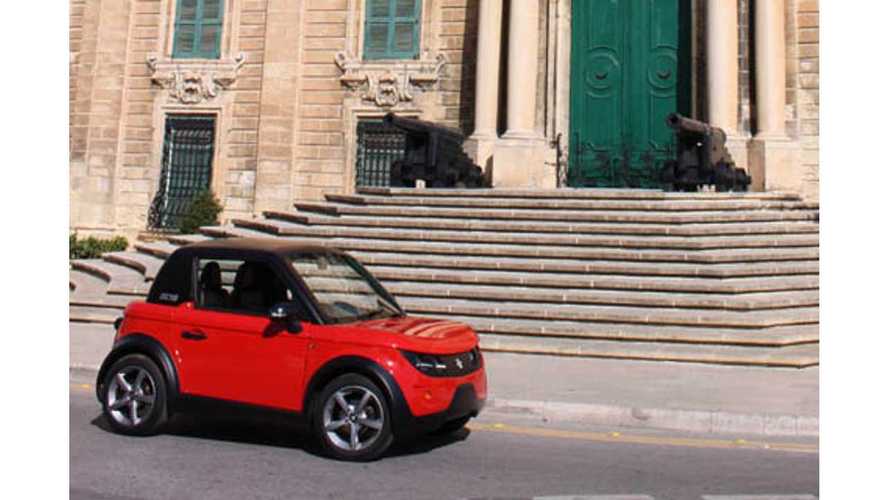 The local governments of two small islands in the Mediterranean Sea are doing a multi-government funded program to see how viabile EVs could be on their islands.  The program is designed to assess if the use of electric cars, and if they would be a wise choice for citizens of those islands.

The Ministry for Resources and Rural Affairs (MRRA) from Malta and the Ministry for the island of Gozo have joined forces to take part in a program dubbed DemoEV, short for Demonstration of the Feasibility of Electric Vehicles toward Climate Change Mitigation project. This multinational pilot project is a shared vision that aims at reducing CO2 emissions and to promote more individuals to use renewable energy, according to Gozo News.

Based on the application form, volunteers for this program can be private individuals or companies, but are limited to those people both interested in electric cars, and that have older vehicles.

According to a manager at the Ministry for Resources and Rural Affairs in Multa, they are hoping this project will open the doors to this new technology. The manager said, "it can be your affinity for cars or that for innovative technology. It can be that you are or want to become an environmental-friendly consumer, a business person, or you'd like your family to be part of an exciting new venture." He also added, "if this profile fits you and you would like to become an electric vehicle volunteer, then we want to hear from you. Priority is given to applicants who already own a car which is at least 5 years old."

No word on the specific EVs that are being used in the DemoEV project, but, according to Gozo News, the chosen volunteers will be pioneers in this new green initiative and will be driving a brand new second generation electric vehicle, while experiencing first hand the benefits of using an electric vehicle, while also contributing to the MRRA research and other activities related to this project.

The MRRA also said that, “with the increasing awareness of the advantages of electric vehicles, there is a major effort being put behind developing an infrastructure that taps the needs of electric vehicle owners in Malta and Gozo. A charging point infrastructure is being implemented, which will fully charge your electric vehicle in approximately six to eight hours of charging. Simply plug in before you enter the office or when you are at home while you’re sleeping and you will have a fully charged car while you carry on with your normal chores.”

To learn more about this and to sign up, take a look at the article from Gozo News.