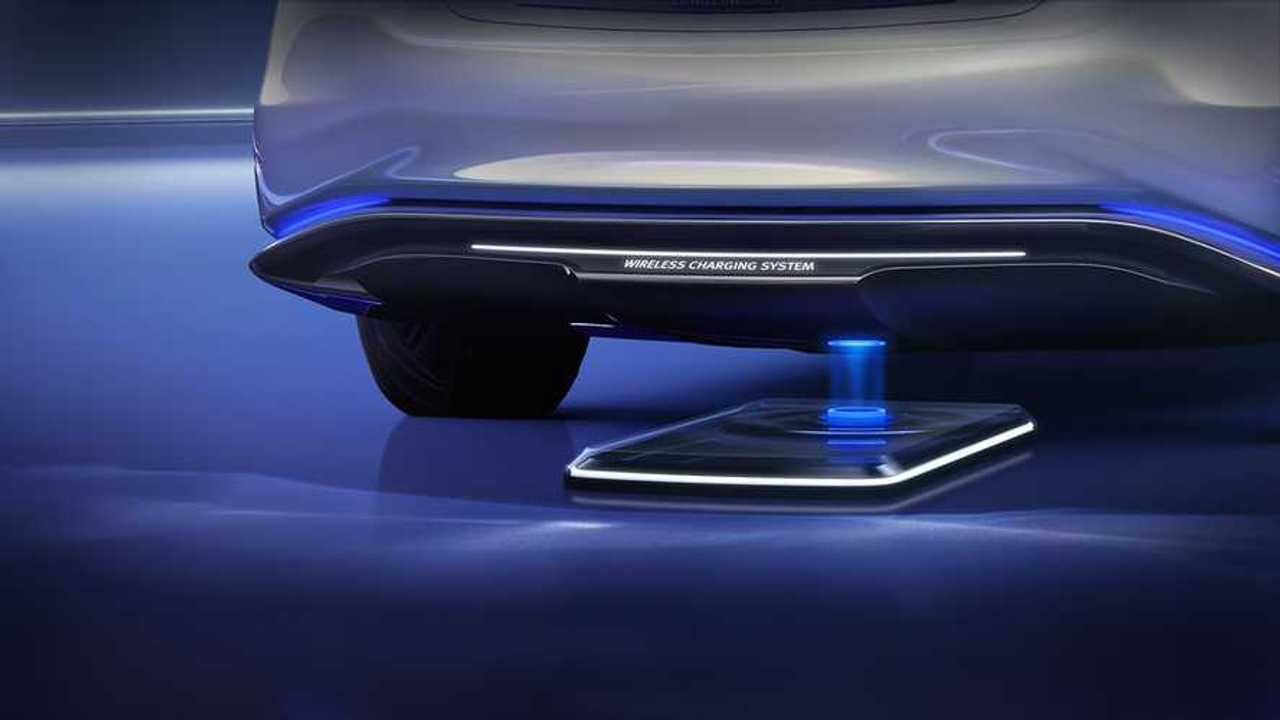 While there are several companies that now sell the components to allow for cordless charging on electric cars, no original equipment manufacturer sell their cars with this feature already integrated on board.  A fact that is about to change with the Infiniti LE.

The basics behind cordless charging are fairly simply.  You drive your car into your garage, while lining up your car's 'hot spot' (usually in the front) over a charging mat, via a serious of beeps or directional prompts, then exit your car and go about your day.  No more plugging your car in.  No more surprise moments the next day if you had forgotten to do so.

At least that is how wireless charging used to work:

"With Intelligent Park Assist, the Infiniti LE Concept perfectly positions itself over the inductive pad for precision charging. Completely hands free and luxuriously automatic, you get perfect alignment and effortless charging every time – with the simple press of a button."

This past weekend, at 2012 Concours d'Elegance in Pebble Beach, while showing off the concept EMERG-E (just built it already), Infiniti's US chief, Ben Poore, announced the upcoming Infiniti LE, due out as a 2014 model, will be the first pure electric vehicle to offer this enticing feature.

The Infiniti LE Concept shown this week shares the same basic platform and powertrain as the Nissan LEAF.  Mr. Poore states that the LE Concept as shown is  "80-85% true" to what the production model will be.  In speaking with USA Today, he added:

"We're going to bring it out. It's a new technology.  We're being a little bit bold on this."  In regards to the car itself, he says one spot in the garage reserved for extended range hybrids like the Toyota Prius, but "I want that second half of the garage."

The Infiniti LE Concept is shown with the LEAF's 24 kWh battery pack, but many inside the industry (including our own Jay Cole) feel that Nissan is being coy with the details of its luxury brand's first electric car (that article here), and will instead feature Nissan and AESC's next generation of lithium ion batteries, which will offer not only a much greater range than the current LEAF, but more performance as well.