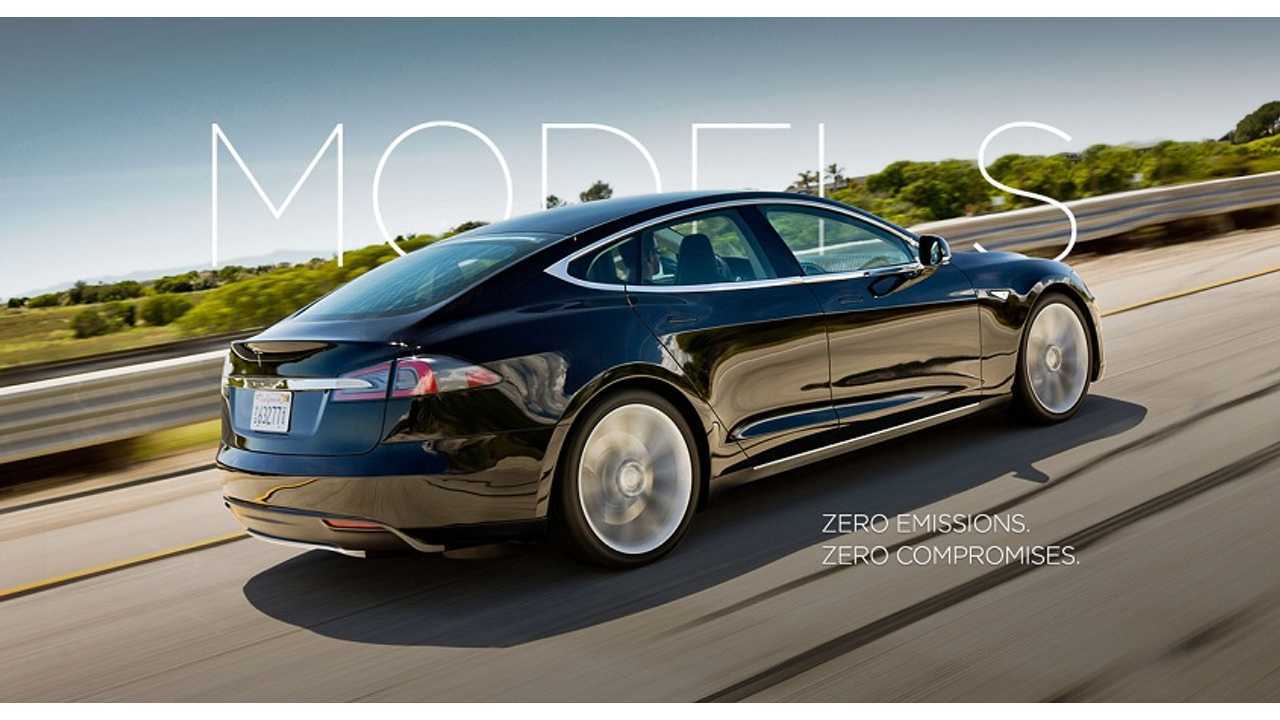 Good news and bad news for would be Canadian Tesla Model S buyers.  On Wednesday, Tesla announced pricing for the Model S in that Canada, with the base level starting $8,000 higher than in the US at $64,500 (about $65,400 USD).

Pricing levels for all models in Canada:

Paying a premium for cars sold in Canada in the past is nothing especially new, however, given the Canadian dollar's massive gains against the US dollar over the last decade, almost all those currency exchange issues have gone away.

"Pricing in foreign markets can be very complex, so we have taken a very straightforward, transparent approach to pricing Model S," said George Blankenship, vice president worldwide sales and ownership experience. "Canadian base prices start with U.S. pricing, plus 6.1 percent for import duties and an additional 1.5 to 2 percent, depending upon the model, for incremental transportation costs and country specific business expenses. The total is then adjusted using the current mid-term currency exchange rate."]

This 6.1% 'import duties' is a relative obscurity these days as most every car that coming from the US to Canada is NAFTA (North American Free Trade Agreement )friendly, but apparently the Model S' huge kWh battery packs from Japan are tipping its US made content so that it does not qualify.

As for the other few percent?  Well, Tesla knows they are playing a little fast and loose, but they probably also want to keep a little buffer on the MSRP, if currency if it happens to trade the wrong way.  Thankfully Tesla is giving Canadian customers a little something extra on their base Model S to ease their pain:

"Option pricing has also been kept very straightforward. In Canada, all models will include heated seats and choice of décor as standard equipment."

Deliveries for Canada on the Model S run concurrent to estimates for the US, meaning the Signature additions are being produced now and will ship shortly to any Canadian buyers, with the 60 kWh version scheduled for deliveries in the fall, and base 40 kWh getting out early in 2013.