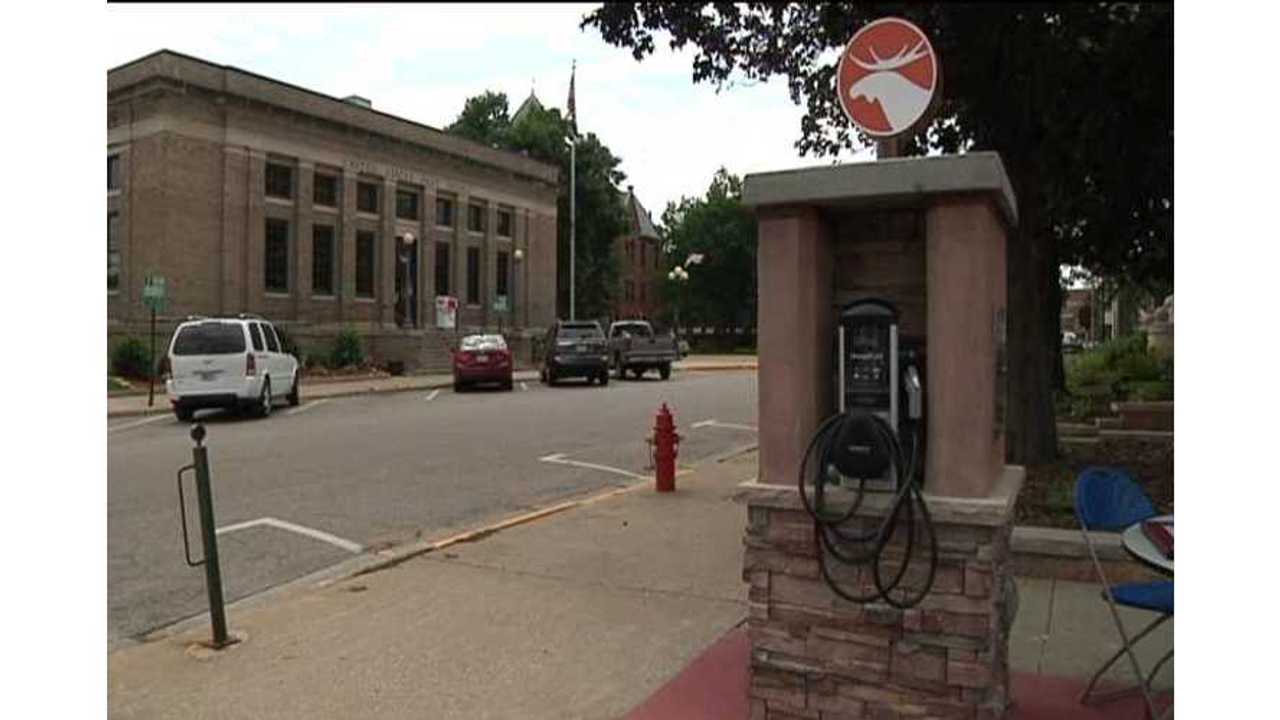 Although electric vehicles are few and far between in the rural areas of the midwest, a Sparta, Wisconsin company decided to hopefully start a new trend in this small town.

MTNT Energy Incorporated, a local business based in Sparta, Wisconsin, donated $6,000 to install a GE ChargePoint charger at a cost of $5,000, and leaving the extra funds to make sure the charging station remains free. Larsi Sondreal, MTNT Contract Administrator, total the local news organization, ABC 19, that she "believes it's a part of forward thinking as the world progresses I think you're going to be seeing more in renewable energy such as the electric car.

According to ABC 19, this ChargePoint charger located in downtown Sparta, Wisconsin is the only high voltage charging point located between three major cities: Milwaukee, Madison, and Minneapolis. Town Community and Development Director, Todd Fahning, hopes with will be an incentive for individuals to stop in their town. He said, "because we want to welcome people who have electric cars, encourage them to come to Sparta and utilize the bike trail and travel the area."

Although some area gas stations do offer EV charging stations, they are all lower voltage and take a longer time to charge a vehicle, according to the article. Mayor Sund also said to ABC 19 that he was not sure if Sparta would have the high voltage charging stations operating in downtown Sparta if it wasn't for the donation, however he's grateful for it and excited about the opportunities it presents the city with.

To learn more about this donation and the city of Sparta, Wisconsin, take a look at the article from ABC 19. If you are interested, here is a link to the video broadcast of this story.