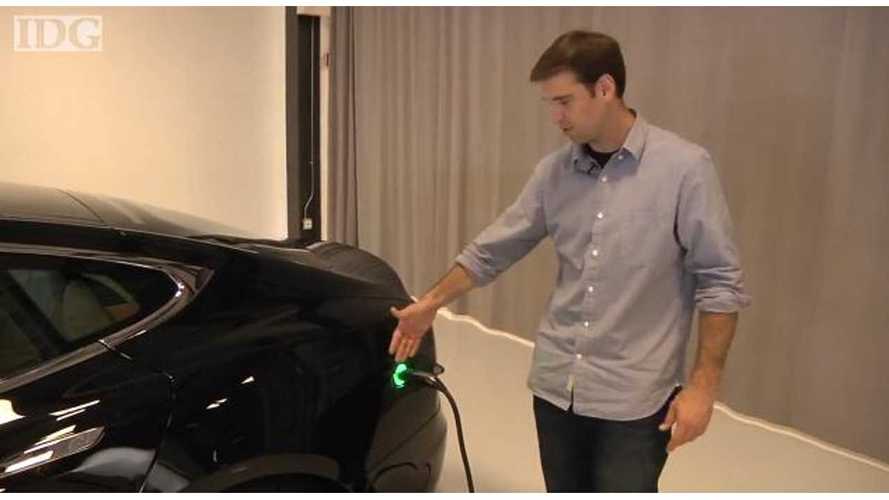 JB Straubel, who is chief technology officer for Tesla, recently gave his perspective on the Model S, the technology inside it, as well as the outlook for lithium batteries and the direction his company is heading for an interview with IDG News.

Mr. Straubel starts out with the basics on the Model S, and on the lithium batteries inside; focusing on the fact they are made in Japan, and that Tesla "buys the cells and integrate (those) into a battery pack with cooling and electronics"  in the United States.

As for the lithium battery technology itself, the Tesla CTO sees it constantly improving.

"It's a pretty exciting thing from a car point of view. Today, we're just at a tipping point where it's possible for the first time ever to build an electric vehicle that has a range similar to a gasoline vehicle. This car has 300 miles of range, and the Lithium Ion batteries are getting better maybe 7 or 8 percent every year. A little bit more energy and range, and also the cost is improving. So, it's a very exciting time, and vehicles we'll build 10 years from now could have almost potentially twice the range of today, or a battery pack that weighed half as much as the battery packs we have today."

IDGNS also asks the most common of questions:  What about range anxiety?  Is it a worry among customers and potential customers?

"Certainly, our customers are a little more technically savvy. They are early adopters at some level. Still, 300 miles gives you more freedom and utility than any other EV today, and particularly with this car, we are rolling out a network of what we call superchargers that can refuel the car in about 30 to 45 minutes. That's something we are pioneering here in California so customers can drive 500, 600, even 1,000 miles a day if they want, stopping only for 20 to 30 minutes in the middle for a quick recharge."

When the interview turns to where the future lies, and Tesla's roll in that future,  is where it gets interesting.  At least for those of us who can't afford $60,000-$100,000 worth of pure electric car.

"I think the Model S is really a transition product. The Roadster was really for die-hard fans and people who either loved performance or technology. The Model S is bridging that gap. We see customers with Model S that are much more mainstream.

Tesla's goal is to advance the boundaries of electric vehicle technology and eventually drive a revolution in the whole industry. So we would love to see every car on the road being electric as soon as possible. We won't build all of those, but we definitely want to change the mindset and people's barriers about what they think is possible.

I think Tesla will remain a brand where we focus on performance and fun driving but we are also driving down the price of our vehicles with each successive generation. So the Model S is about half the price of the Roadster and we are already working on our third-generation platform beyond this, which will be much cheaper still, maybe about US$30,000."

We eagerly anticipate Tesla's entry level electric vehicle, although Mr. Straubel does not get into any specifics on the car itself, how far it might go, or when exactly it might come out.  Forecasters inside the industry expect to see Tesla's next offering (internally known as the BlueStar) come to market in late 2015.

The interview with JP also touches on some behind the scenes information about the operating system and software on board the Model S.

An example of which would be that "all of the applications you might load are totally separate from the propulsion of the car", and even without all the whiz-bang of software, touch screens and technology inside the car, it still drives "just fine" if everything goes blank.

Check out the accompanying video from IDG on the Model S itself, closing with some comments from JP.  You can also find the rest of interview via PC World here.