Tony Posawatz, The Force Behind The Volt, Is New Fisker CEO (VIDEO) 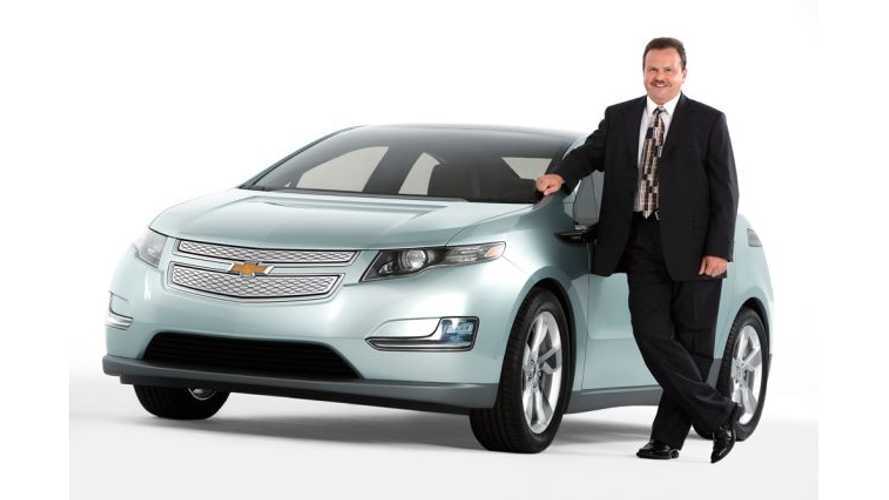 Tony Posawatz is the new CEO of Fisker. Posawatz has been named responsible for the Chevy Volt, from concept to manufacturing.

Today, Fisker sent out a press release with information on their latest Chief Executive Officer and other additions to their executive core. When Tom LaSorda left last month, Fisker had an empty hole on top of the executive food chain and one man came to the mind of Henrik Fisker, Tony Posawatz.

Tony Posawatz is a well-known automotive industry professional with over 30 years of experience in product development, strategy, program management, manufacturing and quality at General Motors. Posawatz's last position at GM was as GM's Vehicle Lead Director plus a large part of the Global Electric Vehicle development, where he was responsible for the development of the Chevrolet Volt.

"We are delighted to be adding an executive of Tony's caliber to the Fisker Automotive leadership team," said Executive Chairman and Co-Founder, Henrik Fisker. "His depth of knowledge and experience in this innovative field of new technology means that he is one of the world's most experienced leaders in vehicle electrification technology and the plug-in ecosystem. In the long-term he will ensure that Fisker is well positioned to maximize the potential of not only the Karma sedan, but also bring the Fisker Atlantic smoothly to market."

Fisker believes the latest members of the executive team will help with current and future models.

Tom LaSorda, who is now in a consulting roll with Fisker, added that "Tony is the perfect CEO for Fisker. He has been at the forefront of the industry's technological revolution and one of the few people in the world to bring an EV to mass production."

"Part of my assignment at Fisker was to recruit a long-term CEO and I cannot think of a better person than Tony to take us forward. He is a real product guy for a product driven company," Tom LaSorda said.

Henrik Fisker also added a few notes about future products and how Posawatz will be able to take concept to manufactured vehicle, "Ultimately, Fisker Automotive is all about products that challenge the way that we think about cars for the next generation. Tony's expertise will guarantee that Fisker leads the way with its second-generation powertrain technology for the Atlantic and other future Fisker products"

A few other executive changes were implemented with the release of this press statement. Joseph Chao has been named Executive Vice President and CEO of China and Asia. His experience includes of 30 year of engineering, manufacturing, and international business with such automotive companies like GM, Chrysler, and Daimler Chrysler in China. Alberto Gonzalez, a 30 year professional in the global automotive manufacturing and assembly side of the automotive manufacturing industry, has been named Vice President of Manufacturing. With his experience directly relating to opening manufacturing facilities in the US, Mexico, and Canada, Fisker hopes his impact will bring their operations to the next level.

Henrik Fisker finished the release talking about the current core of executives within the organization. "Since the turn of the year we have strengthened our core executive leadership team with experienced industry professionals who will take Fisker to the next level. With Tony Posawatz as CEO, Jim Yost as CFO, Barny Koehler as Co-Founder and Chief Business Development Officer, Richard Beattie as Chief Commercial Officer and Joe Chao as CEO of China and Asia I believe we have an unbeatable team that can establish Fisker as a true global force and bring the highly anticipated Fisker Atlantic to market."

To learn more about the individuals that have been hired into Fisker, take a look at the press release here.

Here is a video from youtube that is a brief interview with Tony Posawatz answering a few questions about the future concepts of Volt vehicles: