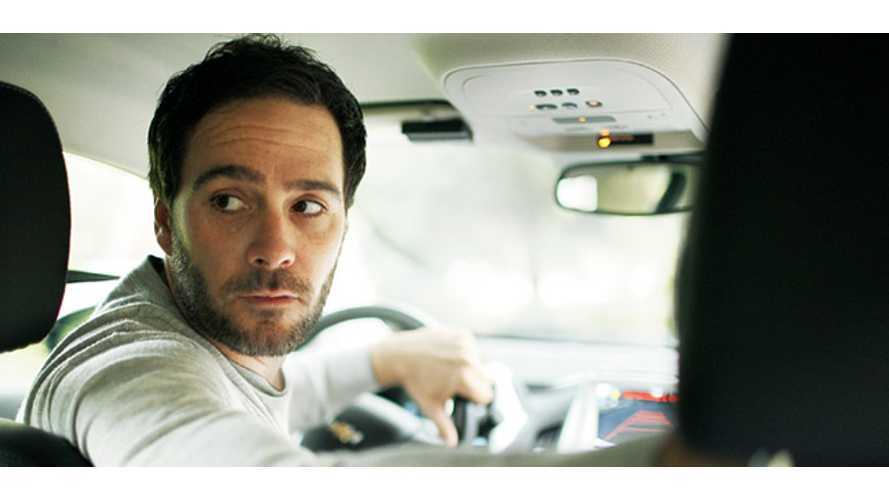 A few weeks back, Chevrolet started a six part editorial about current and future technology surrounding their entire lineup called Chevrolet Six-Part Technology Series, Exploring the Past, Present, and Future of Chevrolet Technology and Performance. Part one consisted of the various power trains that have been used under the hoods of various Chevy models including the use of the small block V8 since 1955, twin turbo V6 engines used in race cars, and current fuel efficient four cylinder turbo engines available like the on available in the upcoming Sonic.

In part two, however, Chevy switched gears and discussed different propulsion systems that they are currently using and developing. Chapter two, called, of course, The Next Propulsion Chapter, includes information about on going research for EV technology, statements from a few NASCAR drivers who drive Volt's regularly, and other information regarding future EVs, alternative fuels, and hydrogen-powered fuel cells.

The piece starts off with information about the Chevrolet EN-V concept at the Chevy research and development center. Their funky and innovative vehicles are the answers to the next-generation of transportation challenges, according to Chevrolet. While this pod-like EN-V is something of a flight of fancy, the next-generation Chevy EN-V, currently in development, adds a lot of features necessary to make it a true alternative to current transportation, including climate control and storage space Chevy added in the article.

"The Chevrolet EN-V has the potential to reinvent transportation in key markets by creating a new-vehicle DNA through the convergence of electrification and connectivity,” says Chris Borroni-Bird, GM director of advanced technology vehicle concepts. “It provides an ideal solution for petroleum-free and emissions-free urban transportation that is free from congestion and crashes, and is more fun and fashionable than ever before."

Following the coattails of the information released about the EN-V concept, Chevy decided to give a bit of insider information into two of the most popular NASCAR drivers who consistently use their Chevy Volt's while not burning gasoline on the race track. According to Chevy, five-time NASCAR Sprint Cup Series champion, Jimmie Johnson, uses his 2011 Chevy Volt regularly for personal transportation around town. According to Johnson, he choose the Volt for its combination of safety, energy efficiency and performance.

"It has all the amenities, the same comfort level everyone is used to in a car — rear camera, a great sound system — and great acceleration and handling. It’s a car you can drive every day. I find I become more aware, more conscious of my energy use when I’m driving my Volt — I try to complete all my errands without having the gasoline generator engine kick in. When I drive from my home to the Hendrick race shop, I’ll try to make it there and back on electric power alone — it kind of becomes a challenge. And if I’m smart and there isn't a lot of traffic, I can make it all the way without the generator firing up."

The other NASCAR driver who has been seen driving a Chevy Volt is former Indy racer, current NASCAR driver, Juan Pablo Montoya. He purchased a Volt because he says it's "comfortable, very quiet, and has great acceleration."

One of the key reasons even professional racers are interested in Chevy Volts is because of the attention to detail behind such an astonishing vehicle. "A lot of attention was paid to maintaining a fun-to-drive level of ride and handling," Al Houtman, Volt vehicle performance manager, said. He also added the the Volt "is very different, very refined" compared to most other electric vehicles in the marketplace today.

Continuing with the Volt, the article quotes Mike O'Leary, lead development engineer for the Volt concept. He said, "we had a unique concept — the first extended range electric car — but our goal was to deliver it to customers doing everything their car today can do, but still able to run off the grid, so to speak. We tried to make sure there were no sacrifices on either side. Yes, it has electric capability, but there is no sacrifice to get that."

Later on in the wonderful write up, Chevrolet talks about hybrid technology currently being used in the Silverado pickup and Tahoe SUV that has consistently disproved the theory of hybrid electric technology is just for small, consumer vehicles. Chevy also discusses alternative fuels and hydrogen-powered fuel cells.

Although diesel engines have been popular over seas for years in many USDM vehicles, stateside we do not see such options for a turbo-diesel power plants. In this piece, Chevrolet confirmed that the 2013 Chevy Cruise will have an optional four-cylinder diesel engine. Chevy also discussed how a multitude of 2500- and 3500-series heavy duty trucks and vans will have the ability to have multiple fuel systems. For the diesel powered trucks and vans, the 6.6-liter Duramax diesel will have the ability to run off of B20 bio-diesel, while the 6.0-liter V8 can be ordered with a CNG system that is completely covered under the full new car warranty, unlike aftermarket conversions.

As for hydrogen-powered fuel cells, Chevrolet discussed how they have been tinkering with this technology since 1966, however in 2007 they started the Project Driveway, a test program using a fleet of drive-able fuel cell vehicles. Since then, this initiative has put test vehicles in the hands of public and private entities and has became the largest marketing test of hydrogen-powered fuel cell electric vehicles in the world, according to Chevrolet. To date, this fleet of vehicles has accumulated over 2.5 million miles and counting.

Chevrolet finished this piece with information about the upcoming Chevy Spark EV. According the Chevy, this will be the smallest US car they have manufactured, but was specifically designed for efficiency. Although the initial release will be in small numbers and primarily in California, the Spark EV will hopefully create a change in urban commuting. According to Doug Parks, global vehicle chief engineer for electric vehicles at Chevrolet, "the Spark EV offers customers living in urban areas who have predictable driving patterns or short commutes an all-electric option."

With so much technology and viable solutions to increase fuel efficiency, Chevrolet plans on having the "Next Big Thing" according to the article. But, Mary Barra, General Motors senior vice president, Global Product Development, said "there is no single solution for improving fuel economy." GM and Chevy will likely use a collaboration of all information gathered from testing and product design including ultra-advanced aerodynamics to maybe the next generation of lithium-ion batteries to create the "Next Best Thing."

Although I first stumbled across Part 2 of the six-[art Technology Series in the September issue of Car and Driver, take a look at the complete article here on Chevy's website.