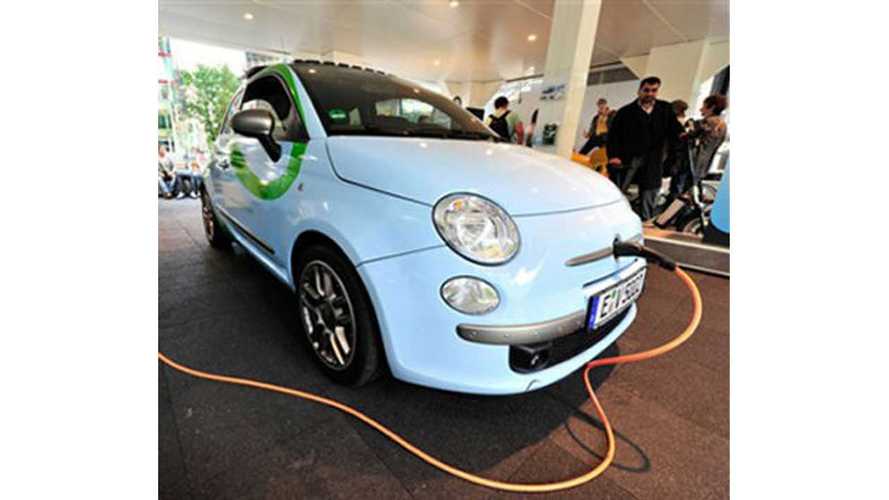 Although the other two Big Three, Chevy and Ford, have been producing and experimenting with EVs for years, Chrysler has just announced plans to jump into the booming marketplace with the Fiat 500E.

We do believe in electrification, sparingly and for the right kinds of targeted applications. We're developing technology for commercialization  preparing for the shift when consumers state pulling them into the marketplace," Bob Lee, vice president and head of engine and electrified propulsion engineering, said at a Center for Automotive Research conference in Acme, Michigan on August 7th.

According to Bloomberg, Chrysler's parent company Fiat, is looking to begin production of an electric Fiat 500 compact later soon and package it as a 2013 model. According to Motor Trend, the 2013 Fiat 500 EV will be manufactured at Toluca, Mexico starting sometime this summer. Not much information has been released, but MT is saying the batteries will be lithium-ion and made in Korea, then assembled in Ohio, and finally installed in the vehicle down in Mexico.

Currently, Chrysler will continue to produce a plug-in hybrid-electric Chrysler Town and Country vans, but in limited numbers. They are also in the research and development stages of a fleet of plug-in hybrid Ram pickup trucks. Not much information has been released about the power configurations for the Ram trucks.

To learn more about the Fiat 500E and the other current electric vehicle programs from Chrysler, take a look at this report from Bloomberg.

Also, here are a few more pictures from Motor Trend showing a press picture and test vehicles in California:

Here is the only picture I could find to support the final destination for the plug, however this is from a test vehicle, not a production version: