Buick Ampere, Cousin To The Volt Coming Next Year According To Dealer Update: Dealer Says Oops, Not So 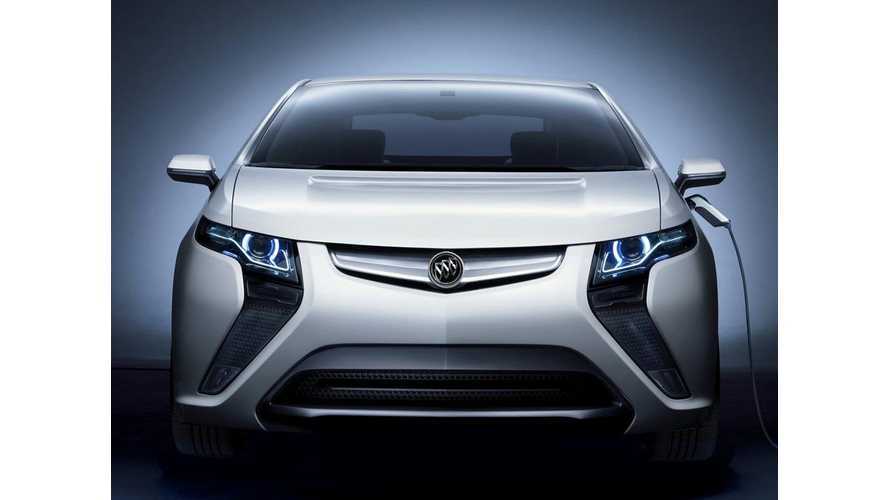 We had known that an upscale Cadillac variant of the Volt, the ELR, was coming from General Motors at some point.  Then it was accidently confirmed for next year's production schedule by the good people at Onstar.

Then we learned through regulatory filings, that GM was acquiring trademarks for other electric-like names back in June.  Namely, the Electra.

Now, thanks to a Atlanta, Georgia GM dealer, a 6th version of GM's popular Chevy Volt looked to be potentially be coming to Buick, as the Buick Ampere.

What are the 6 versions you say?  Chevrolet Volt, Opel Ampera, Vauxhall Ampera, Holden Volt, Cadillac ELR and now, maybe the Buick Ampere.  If only Pontiac and Saturn were not shuttered in 2009...

"Jim Ellis Chevrolet customers will be able to "plug into the sun" and charge their Volts completely in three hours. Initially, charging is complimentary for Jim Ellis Volt customers as it will be for Buick Ampere customers (Buick's version of the Volt) when it arrives next year!
Jim Ellis Chevrolet is the #1 retailer -by far-  of Volts in Georgia and with the advent of the solar charging station, the epicenter of the viable electric vehicle trend in Georgia! Stop by and see it!"

Naturally, we first went to GM themselves to get a comment/reaction to this development.  Unsurprisingly, Kevin Kelly, who is the Manager of Electric Vehicle and Hybrid Communications would only offer us the stock GM answer on the subject:

UPDATE:  Apparently word gets around fast, and Jim Ellis Chevy was quick to send out emails to clarify their mistake:

"The August edition of our e-newsletter included information about our solar charging station and a possible Buick version of the Volt.  The information on the Buick version was gleaned from the internet and we need to let our customers know that to our knowledge, there are no official plans for a Buick version let alone a name for it.  The writer fell victim to “if it’s on the internet, it must be true” faulty thinking and sloppy, unverified research.  We apologize for forwarding internet rumors to our  customers.  The solar charging station, however, is a fact and it should be ready to go in early September!

We would appreciate any posts you may have made to quote Jim Ellis on this story be modified or retracted.

Jim Ellis Chevrolet Atlanta Lets Us In On A Little Secret