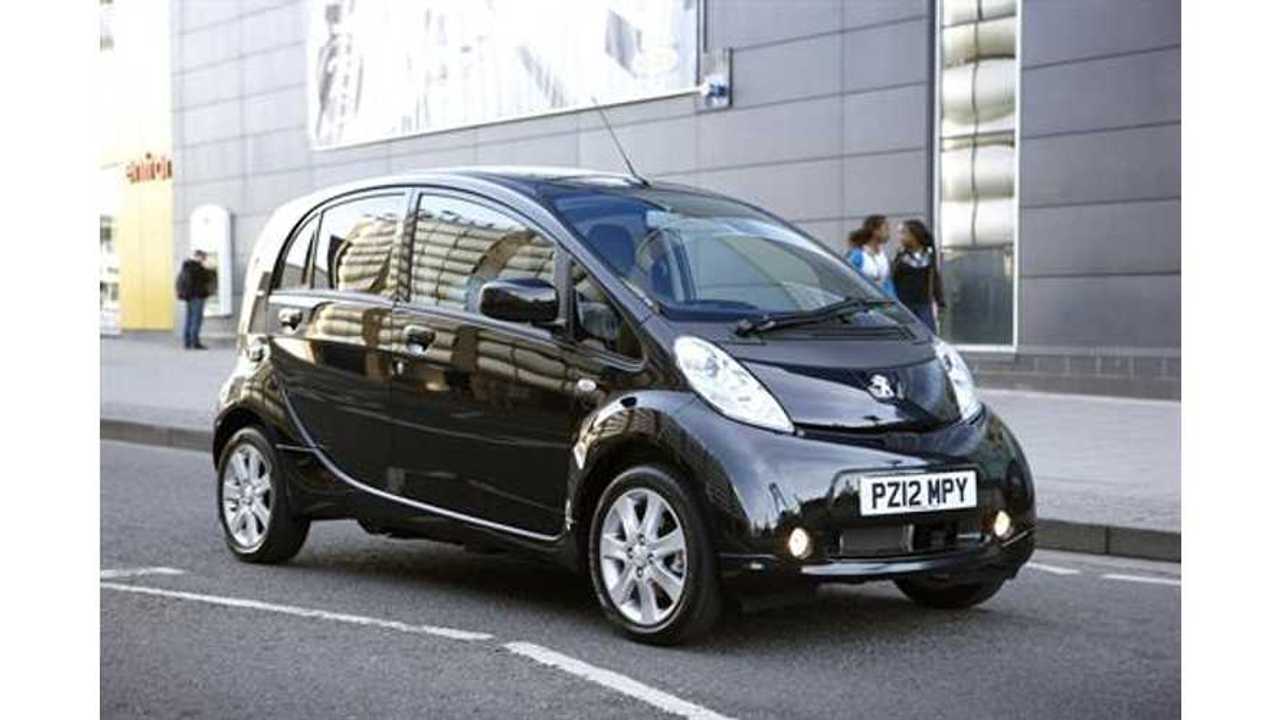 Mitsubishi Motors, who produces a rebadged version of its i-MiEV for Peugot and Citroen, has halted production due to slow sales of the cars.

Mitsubishi has said the halt is temporary in nature, but with burgeoning inventories at PSA, there was no scheduled resumption date.

In an statement to Automotive News Europe (sub), a Mitsubishi representative said, "this is a matter of PSA adjusting its orders to market demand."

Over the past six months, 935 copies of the Puegot iOn have been sold, while Citroen has sold 852 of the C-Zero, according to market analysts  JATO Dynamics.

A agreement to supply EVs to PSA/Peugeot-Citroen was formed some years ago, and Mitsubishi starting delivering the cars in 2010.   That deal called for some 100,000 cars to be produced by Mitsubishi.

In a statement of the obvious, the representative for Mitsubishi conceded, "Our production total is lower than what we had originally hoped for."

In the US, the car is rated by the EPA to have 62 miles of range, and a efficiency of 112 MPGe.  However, with very little support  behind the car in America, and despite a $249/month lease program (that leaves much to be desired), only 135 i-MiEVs, formerly known as the i, have found homes so far this year.