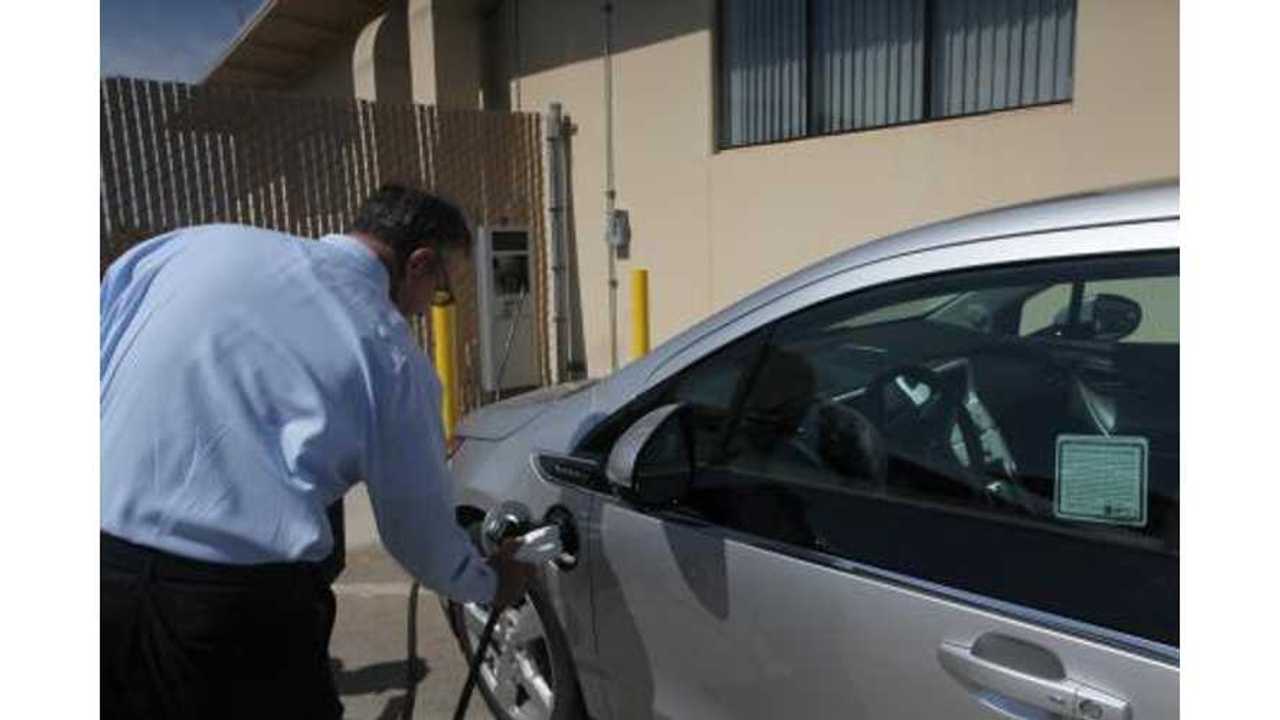 To date, Chevy Volts have been seen at military bases from the Marine Corps Air Station in Miramar, California to the Joint Base for Marine and Air Force in Andrews, Maryland, but the Defense Departmets has also added electric vehicles to bases throughout the world and looking to continue this trend.

Here is a photo of EVs charging at an air force base in Italy.

Although EVs have been used at military bases in South Korea since 2007 and in Germany since 2008, the fleet has not been upgraded until now. Currently, the military has 12 electric vehicles in Naples, Italy and six at Naval Air Station Sigonella, Italy. Each base has been authorized to add 10 EVs this fiscal year. Stateside, many bases are waiting for their latest vehicles including a pair of electric trucks that will also be purchased for the U.S. Army Pacific base in Hawaii.

Chris Manis, deputy director of installations and logistics at Miramar, said at the news conference announcing their latest Chevy Volts, "our goal is to reduce out needs of fossil fuels and lower greenhouse gas emissions. We can cut back and still execute the missions we need to complete." The charging stations that supply electricity for their Volts are actually solar panels to go with the use of electric cars.

"Air Force is looking at all types of electric vehicles, but is particularly focused on trucks and vans," Tonya Racasner, Air Forces spokeswoman, said. "These vehicles typically, though not always, support public works functions and are sometimes used for flight-line applications."

To date, less than 50 charging points for road-capable electric vehicles have been installed on military bases, but more are planned, according to Tonya Racasner, Air Forces spokeswoman whose service branch is overseeing the military's effort to acquire more electric vehicles. For examples, current plans including installing charging stations at two Air Force locations that are looking to take delivery of EV units: Los Angeles Air Force Base will get 41 EVs and Peterson Air Force Base in Colorado will recieve two electric trucks.

Chris Manis also discussed how important adding EVs is to the military fleet to help minimize dependency on fossil fuels.

To learn more about electric cars in the military, check out this article from Stars and Stripes.

Check out the video from Miramar Air Base explaining the vehicles and charging process: