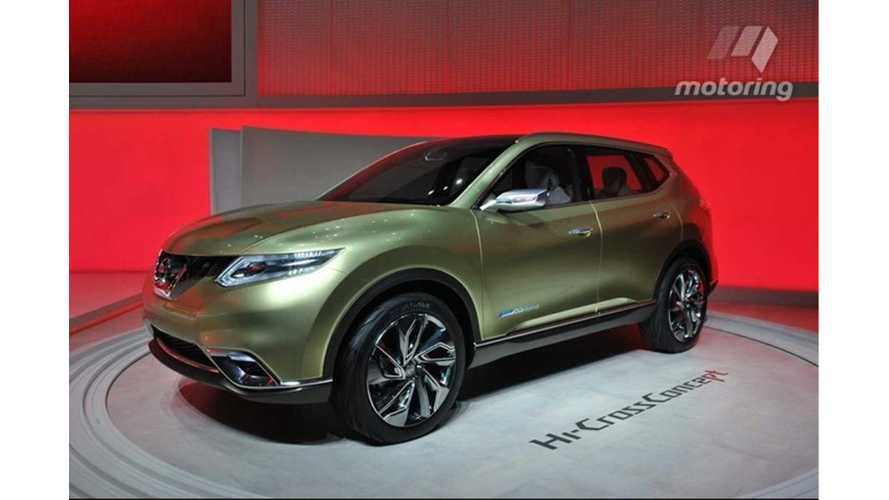 Could this be an electric Nissan Murano?

Although Nissan hinted this might be a replacement for the Nissan X-TRAIL, the look coincides with the current USDM Murano.

Fisher went on to explain that there is no definitive model that this EV SUV falls under, however hinted out a concept car and a currently manufactured vehicle with much skepticism. " was a compact SUV concept; X-TRAIL is a compact SUV so you can draw your own conclusions."

Based on the pictures of the Hi-Cross concept, this swooping crossover style SUV has a style similar to the state side Murano, but if Nissan is hinting the vehicle is a replacement to the X-TRAIL, the US might not see an EV SUV from Nissan since that vehicle is currently not in the US Marketplace.

To learn a bit more about the concept, take a look at Motoring Australia.