As 1,849 Chevrolet Volts Are Sold In July, GM Celebrates 30,000th Volt Off The Line, But Without Original Cast 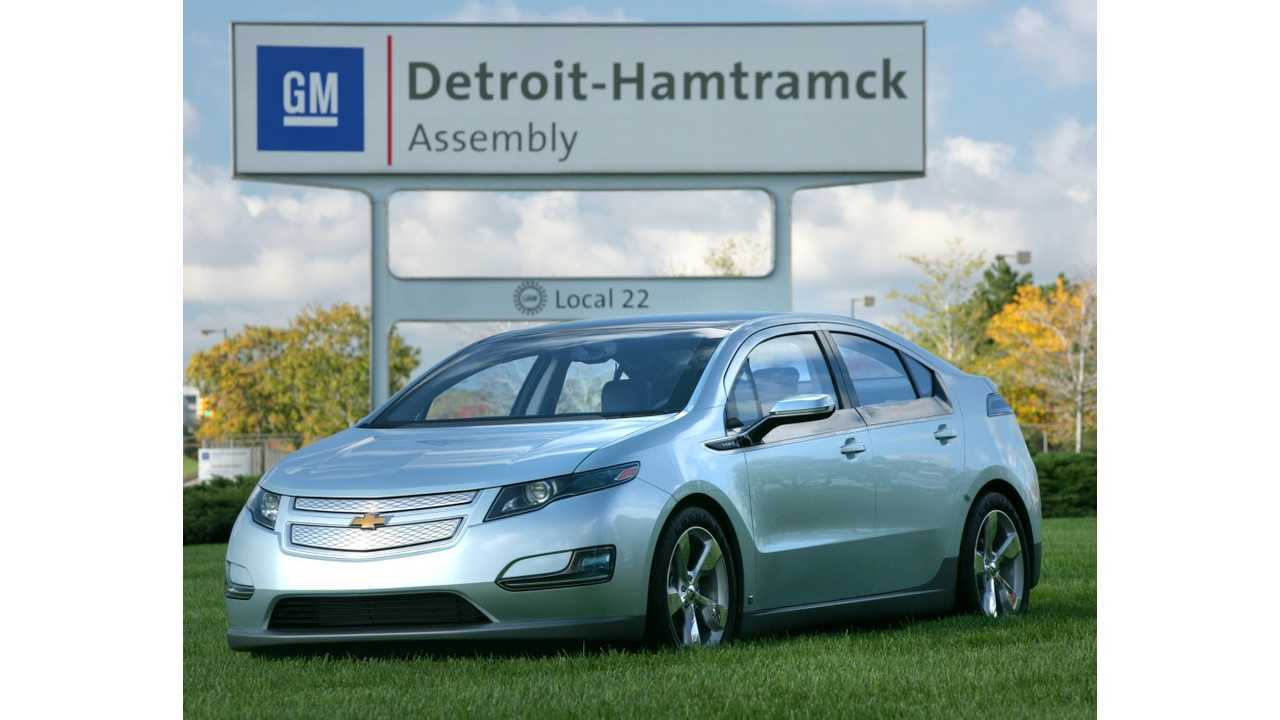 Chevrolet enjoyed another above average selling month in July, with 1,849 Volts moving into customers hands, the second best monthly result to date (2,289 were sold in March of this year).   This figure was almost triple that of its main competitor, the somewhat extended range (11 miles at speed), Prius Plug-In, which Toyota only managed to move 695 copies of.

General Motors also passed another significant milestone last week, as the 30,000th production Volt rolled off their Hamtramck, Michigan assembly line.   Thinking back to when the car first debuted as a concept at the 2007 NAIAS (also known as the Detroit Auto Show), the extended range car has come a long way.

In a weird twist of fate, almost every executive and high level engineer associated with the project, has since left the Voltec project:

Even on the social media side there has been some changes. InsideEV's own Lyle Dennis was GM's defacto liaison to the public through the site he founded just days after the Volt's introduction,  GM-Volt.com.  Lyle has since moved on from the daily grind of reporting on every development and detail of the Volt's journey, and has handed that responsibility to the more than capable Jeff Cobb and Vertical Scope.

Thankfully, the new Volt management team, and CEO Dan Akerson, seem just as committed to seeing the Volt through to success as was their predecessors.  This was demonstrated recently as the chain of command was streamlined at GM, with each product line put directly under executive chief engineers, all of whom report to Doug Parks, who earned a promotion to VP of Product Programs (a new GM title) after receiving praise for leading GM's electric car developments.