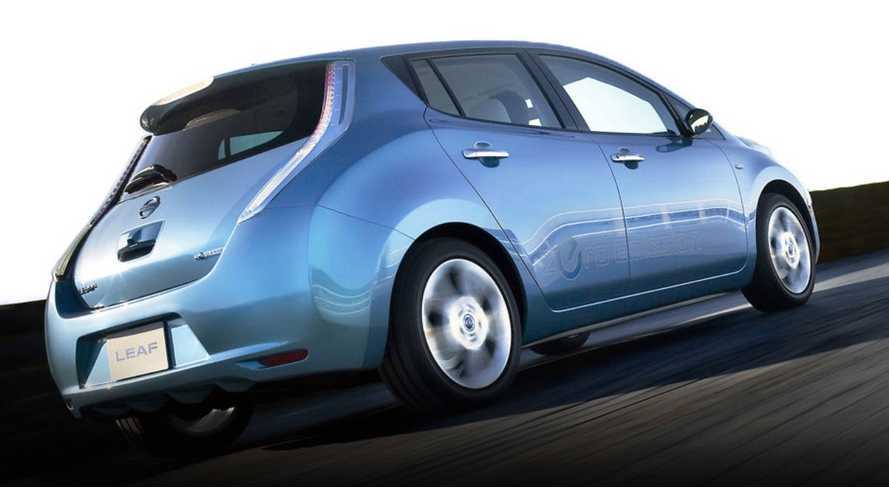 Still, to Nissan's credit, they said this was what was going to happen.  CEO Carlos Ghosn himself said months ago that Nissan expected sell (or allocate) no more than "600-700 a month" until production was up and running at the company's US based facilities in Smyrna, TN.

Perhaps the fact that Nissan has consistantly failed to achieve even that low level, has us all a little nervous for them, and by association, the overall success of the pure electric movement.

Earlier in the year, one could point to a very thin allocation of inventory at dealerships (mostly in California) as the cluprit to slow sales.  In the first quarter of the calendar year,  inventories routinely stood at less than 500 cars, with a handful of dealers hoarding the bulk, but still Nissan managed to move (on average) about 600 cars a month.

By summertime, inventories had started to grow into 4 digits, while sales had not.  Beginning this month, Nissan had almost 2,000 cars in inventory (up to almost 2,500 currently) and managed to move only a fraction of those off lots, so there is no question that the overall demand is starting to wane.  Nissan PR is undetered:

"Our target (20,000 LEAFs sold by the end of March) has not changed," said Nissan spokesman David Reuter on Wednesday,  acknowledging that "sales to date have not met our expectations," while adding that Nissan is working with dealerships to "sell this car, how to educate customers. It's taking a bit more time. We're  going to have to do a bit more from a marketing standpoint to create awareness."

While a 2,000, mostly regional, car inventory is well below the level Nissan needs to be able to put up decent monthly numbers on the LEAF, the company will need to not only publically market the car much more aggressively by the time the Smyrna plant comes online in December, but also follow through on a promise to reduce the price of the car, which will now be freed from the pricing realities of the yen-US dollar exchange.   A situation so bad that it actually forced an increase to the cost of the car in 2011.

Assuming Nissan moves the same 1,810 off dealership lots that it did in the first third of its fiscal year before US production begins, at what price does the LEAF have to come down to in order to move 16,000 more cars in the last 4 months to hit their goal?

In the end, it is always about the money.

(Check out our long term review of the Nissan LEAF here, quotes via Detroit News)