Nissan Reaches Out to LEAF Owners With Open Letter 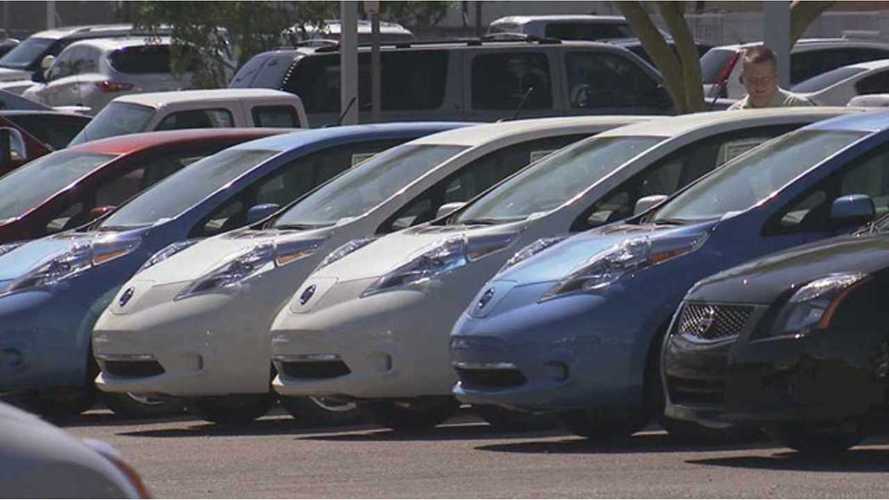 Nissan has finally reached out to LEAF owners through an open letter addressing the loss of capacity bars and range experienced by those in extremely hot areas such as Arizona, and parts of Texas, California, Oklahoma and Florida.  (full copy of letter can be found below)

Nissan explains that they are bringing vehicles in for investigation and anaylsis at Nissan’s Arizona Testing Center.  Six cars have been tapped for analysis thus far, but the implication is that all those who have been affected will be contacted.

The letter which comes to us from Carla Bailo, Senior VP Research and Development for Nissan Americas, was optimistically received by some as a positive first step that acknowledges the issue. Others were disappointed that there was not something more definitive by way of resolution or information.  Some even viewed the letter as some sort of stall tactic. I think it is too soon to conclude that and I believe Nissan is earnest about understanding exactly what is happening before proceeding.

One particularly disconcerting section of the letter was this:

Battery data collected from Nissan LEAFs to date currently indicates that less than 0.3 percent of Nissan LEAFs in the U.S. (including vehicles in service dating back to December, 2010) have experienced a loss of any battery capacity bars. Overall, this universe of vehicles represents a very small fraction of the more than 13,000 Nissan LEAFs on U.S. roads.

0.3% of 13,000 would give us 39, which is very nearly the number which have self reported on MyNissanLEAF. It is very difficult to believe that all of the LEAFs which experienced capacity loss have reported it on MNL, and calls into question exactly how forthcoming Nissan will be with complete information on the scope of this problem.

Another disturbing aspect to this is that one owner is stating that Nissan took his vehicle in for analysis back in October of 2011, and Nissan subsequently replaced the battery pack. The owner states that “I never said anything publicly because I was happy.” Seven months after pack replacement this owner has apparently lost another bar.   It is disappointing to think that Nissan was faced with clear evidence of an issue 9 months ago and has done very little to communicate to LEAF owners things they might do to protect their battery packs, leaving the owners to work it out amongst themselves with imperfect information about how to best protect the battery pack in extreme heat.

Nissan was questioned about the lack of a temperature management system for the battery before the LEAF was even released and they stated they were confident in the packs durability, but even if a pack did have problems it would most likely require only replacing a few bad cells, which would cost much less than replacing the entire pack.  We may be on the verge of finding out if such a proposition is as economical as Nissan has suggested.  The difficulty in replacing just the bad cells is that typically you need cells that are of the same age and wear or you cause yourself more problems, but perhaps Nissan has a workaround to that challenge.

With the release of the MY 2013 LEAF looming it will be interesting to see what if any changes Nissan may incorporate to address this issue.