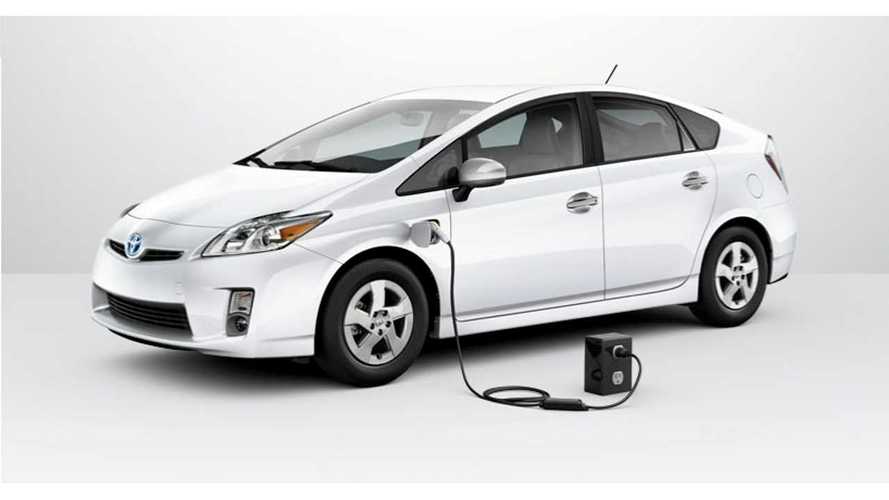 Toyota Prius Plug-In Gets A Charge In London

Toyota has just released the full spec sheet on their Prius PHV, now on sale in the UK, and in so doing have started a little dust up with their American rivals at General Motors, perhaps due to Vauxhall putting out a new lower priced 'Earth' Ampera model to better compete with their Japanese foe.

While promoting their 11 mile electric, extended range petrol hybrid, Toyota states that over three years/60,000 miles the Prius Plug-in will cost £36,272 compared to the Ampera’s £38,130.

"Compared to the Vauxhall Ampera (cousin of the Chevrolet Volt), which uses a petrol engine as a “range extender” to support the electric motor, Prius Plug-in offers a higher specification, more seats on board and can save almost £2,000 on costs over three years/60,000 miles with its greater range and quicker battery charging time. The table below shows how the Toyota cost benefits stack up."

It is also worth noting that the Toyota Prius Plug-in offers a 49g/km CO2 rating, so there is no annual road tax (VED) bill,as well as an exemption from the London congestion charge.

Does this signal a shift in the way the Plug-In Prius will be advertised in the future?  Will this public rivalry come to North America?  We hope not, as the last thing the plug-in industry needs right now is it fighting against itself, when there are so many fresh minds still to win over.