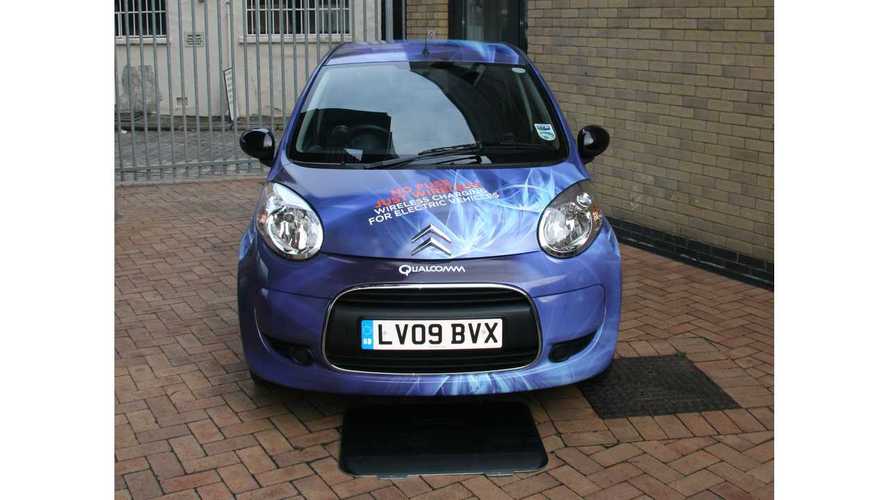 Last November, Qualcomm Incorporated, the world leader in 3G and next-generation wireless technologies, announced a wireless electric vehicle charging trial in London that was going to start sometime in 2012. Until now, the test has been dormant, but Renault has announced that they will team up with Qualcomm for this trial.

Anthony Thomson, Vice President of Business Developement and Marketing at Qualcomm, said "we are very excited about the prospects of working with Renault, a global leader in electric vehicles and in innovator in the growing low carbon vehicle market." He continued "Renault's participation in the WEVC (wireless electric vehicle charging) London trial aligns with Qualcomm's drive to make charging of electric vehicles simple and effortless."

Here is a picture of how the wireless Qualcomm charging system will work.

Renault is equally as excited to be a part of this trial. "Our intended participation in the WEVC London trial with Qualcomm complements Renault's European research and development project involving 10 partners to demonstrate wireless inductive charging of electric vehicles in a public environment with a high level of performance and safety," said Jacques Hebard, Vice President of Energy and Environment Advanced Projects Director at Renault. He concluded, "the deployment of wireless inductive charging requires inter-operability between cars and ground systems within common European and, hopefully, worldwide standards."

According to the press release, there is no date that the trial will begin, where it will be installed, or how long everyone will participate. To learn more about this program, check out the press release.