Nissan Reacts To LEAF's Dropping Battery Capacity In Southern US. Resolution Drawing Near? 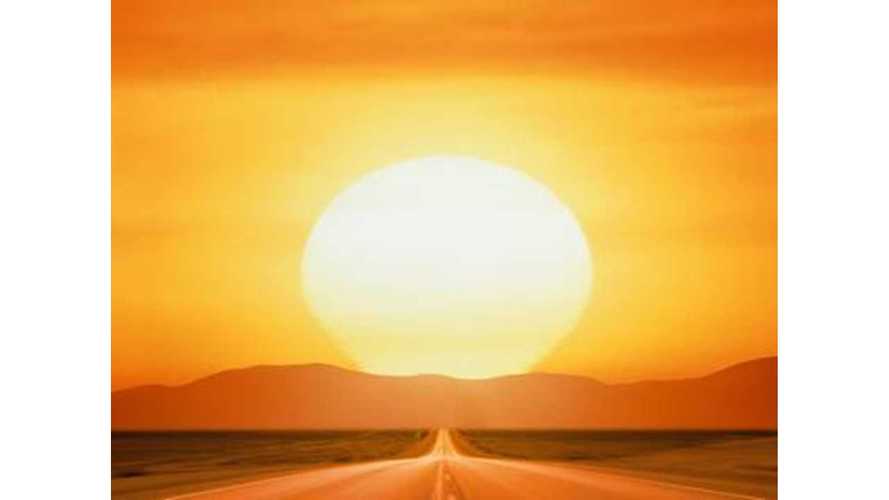 The southern US has been experiencing a heat wave unseen for many years, and in the most extreme instances of this heat, like in Phoenix Arizona, that heat is quickly obliterating the top end capacity of Nissan LEAF battery packs.

Many owners, perhaps as high as 50, have already lost 'one bar' or 15% of the car's battery capacity over the past months.  In a few isolated cases as many as three bars have been lost (27.5%), with reports of a single owner having just lost bar number four, meaning a full third of the LEAF's range has been lost.

Arizona LEAF owners have come to together to discuss the problem, and to make Nissan aware of the issue, and perhaps take legal action.

For many owners they understood when buying the 73 mile (EPA) electric vehicle, that the excessive temperatures of the desert would negatively impact their car's range over time as compared to the rest of the country, but none say they expected it to be this extreme.  Additionally,  none were told by Nissan to expect a degradation rate as high as triple that of normalized LEAFS.  Perhaps Nissan themselves weren't ready for what Phoenix could throw at them.  You can read our original (more detailed) report here.

LEAF owners have been told by Nissan that under normal driving conditions the LEAF should retain 80% of its initial capacity after 5 years/60,000 miles.

As this capacity loss problem has unfolded in Phoenix, Nissan has been silent on what actions, if any, it will take.  Previously only saying that it was "investigating" the 5 claims they were aware of.  Until Now.

With several dozen complaints now registered, and the story getting pick up on regional and national news, like CBS5 in Arizona (video below).  Nissan has started to monitor cars in the area directly, and has acquired a half dozen affected LEAFs from their original owners and will be taking them to Casa Grande to conduct extensive testing starting next week.  Loaner cars have been given to their owners.

One would assume that these owners who have let Nissan borrow their cars , and perhaps the rest of the Arizona LEAF owners, will at some point be receiving some form of compensation, perhaps in the form of extended warranty or replacement of cells, or perhaps a guaranteed valuation on their car if they wish to turn it back in to the company.

We find it hard to believe that these half dozen owners who have struggling LEAFs would willfully give up their cars to have Nissan extensively test the car, only to have them given back to them even more damaged and without a resolution.  Hopefully Nissan has already offered them some assistance, and this means that a greater resolution to the problem is on its way, and is resolved quickly.