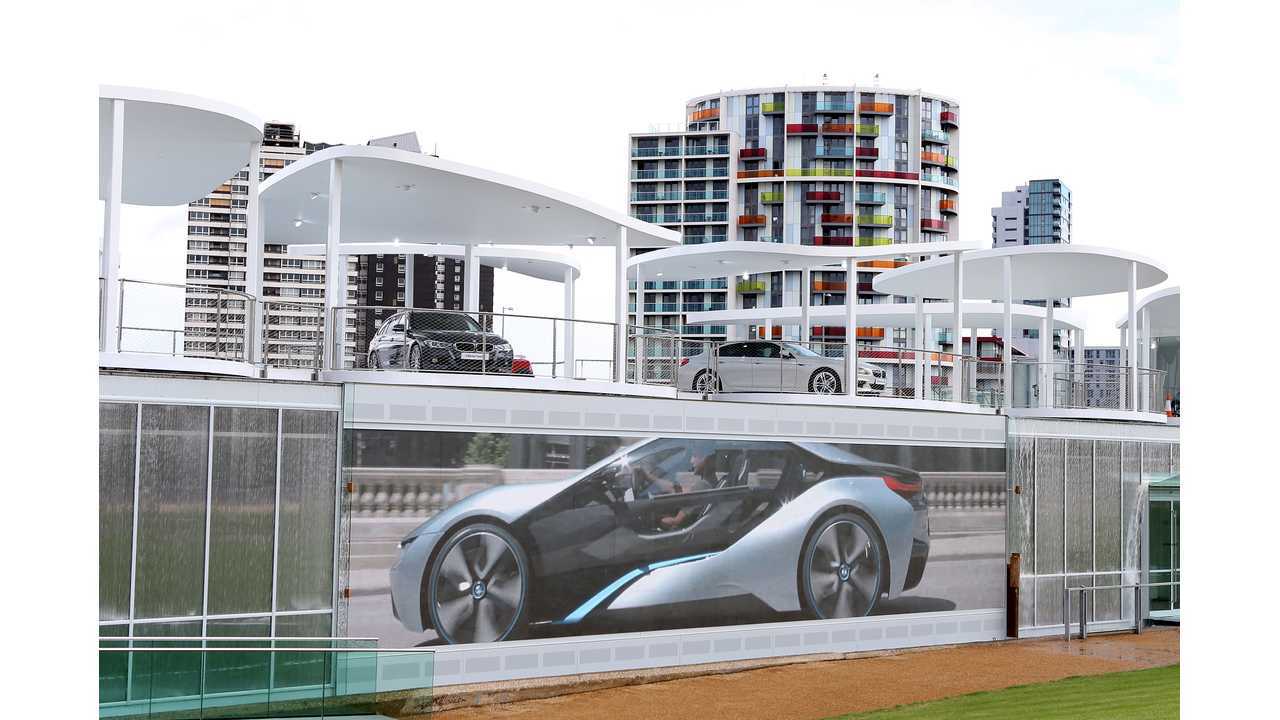 Although a large fleet of electric BMW's are being driven through the streets, BMW Group has opened a high quality pavilion to showcase a few different BMW models, including two EVs: the i3 and i8 Concepts.

The pavilion has been made to look like it is floating on the river and was designed by an award-winning British architectural firm.

The BMW Group Pavilion was designed and built by an award-winning British architecture firm. The Pavilion has an open feel and appears to "float" on the river because of the water that flows on both sides of the building. Principal architect Christopher Lee said, "As a British-based practice, we were delighted to be selected to work with BMW Group for the UK's first Olympic and Paralympic Games since 1948."

Two stories create this center piece in the Olympic Park with the first floor showing the various vehicles in the current fleet available for the Olympic participants and staff as well as interactive displays for people to learn more about BMW's view on future automobiles and trends. The second floor has a small movie theater that loops a film about the product displays on the top deck.

On the roof, BMW separated nine areas to show off current models and concept vehicles. The largest of which is the future vehicle displays which consist of the BMW i3 and the BMW i8 electric concept cars. According to Tim Abbott, the Managing Director of BMW Group UK, said having the BMW i3 and the BMW i8 shows the "power vision symbol of our commitment to the highest standards of innovation in design and sustainability."

To learn more about the BMW Group Pavilion at the 2012 Summer Olympic Games in London, take a look at the BMW press release.