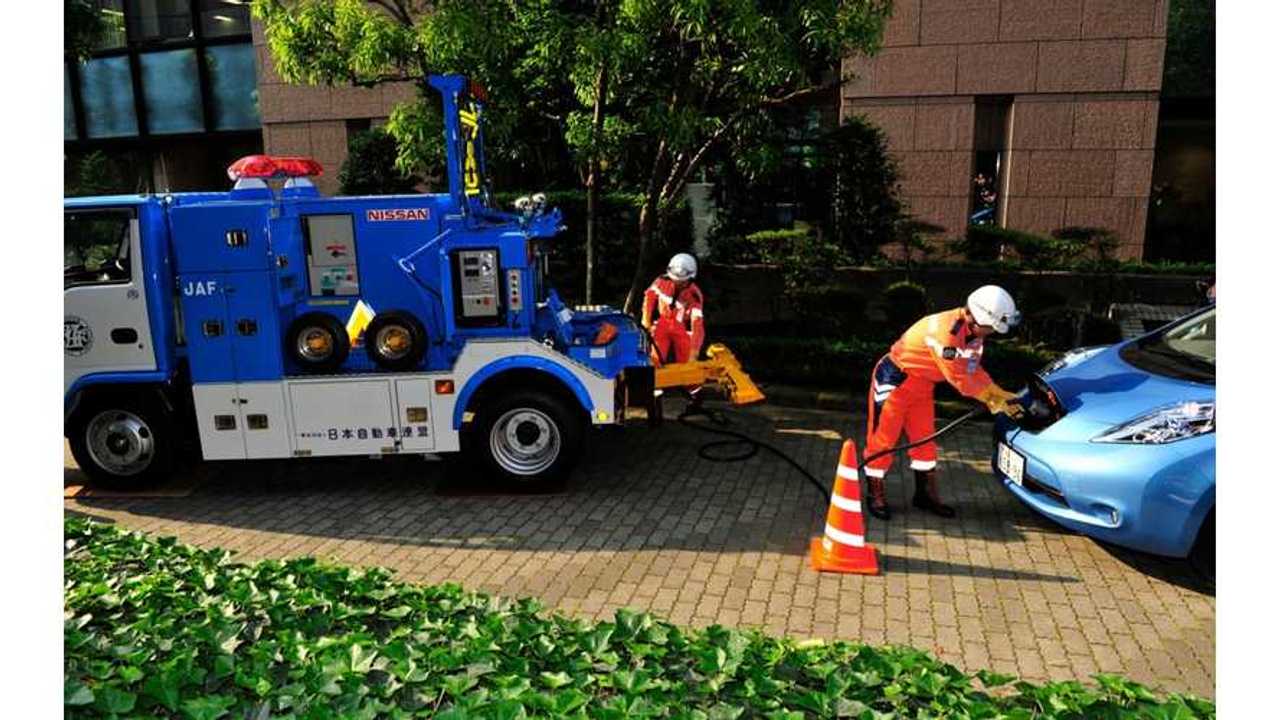 Phoenician LEAF owners who have experienced early battery capacity loss are growing frustrated with Nissan’s low balling the number of LEAFs affected and its steady insistence that the losses are “normal”    Now thanks to CBS affiliate KPHO in Phoenix Arizona, and the laudable efforts of the LEAF owners themselves, it is going to be much more difficult for Nissan to keep stonewalling on this issue.

TV Journalist Heather Moore reports there are 400 LEAFs in Arizona.  The MNL Wiki shows 34 LEAFs just in Arizona reporting at least one lost capacity bar.  If 8.5% of  Arizona LEAFs have reported on problem MNL, it is not hard to imagine that the actual number suffering from capacity loss is double or triple that since most owners are not active on or even aware of MNL.

The TV news segment highlighted the case of one LEAF owner, Scott Yarosh who while still loving his car, states:

When I first purchased the vehicle, I could drive to and from work on a single charge, approximately 90 miles round trip, And now, I can drive approximately 44 miles on this without having to stop and charge

Yarosh has lost 3 capacity bars, which should correlate to about 28% capacity loss.  Yet his statement above indicates about 48% capacity loss.  Three minutes of air time did not afford the opportunity explain that discrepancy.

Nissan’s Director of Product Planning,  Mark Perry spoke with Moore,  and says that Nissan is investigating “five complaints of rapid loss of battery capacity” and concluded “we want to learn more about what's going on, but it's something we've just been made aware of, and we don't have any conclusions yet,"

Clearly more than 5 people are involved.  Either people aren’t calling in about this problem or the numbers are not getting reported up the chain to Mr. Perry.  And strangely Perry offered the suggestion that:

Maybe there really is a "issue" with getting this reported up the chain?

Perry’s suggestion that only 5 are involved prompted the MNL group of LEAF owners affected by this to begin documenting the case numbers for those who have called in to make a formal complaint on  Nissan's EV hotline, and they repeated pleas for those with capacity loss issues to call that number at 877-664-2738.

Some owners calling in have been asked what remedy they are seeking.  One owner suggested a fan.  The LEAF already has a fan, although its purpose is not to cool the battery but rather to make certain that all the cells are equally hot.  Seems the remedy most these owners want is an assurance of a  70% capacity retention over the eight year/100k mile "warranty" period of the battery, which is probably what most thought they were getting in the first place.

The organization and savy with which this group of LEAF owners has doggedly pursued this issue should make clear to all OEMs that early adopters of EVs are not a group to be toyed with.