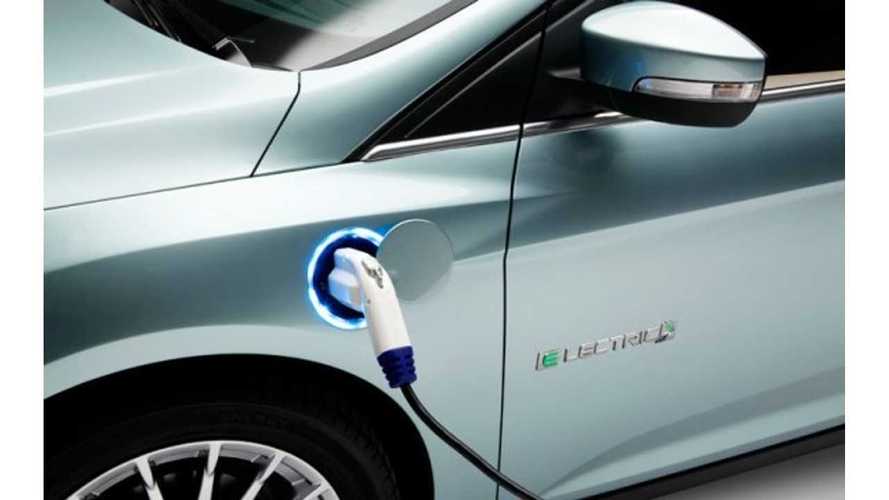 Ford's Version Of The Future Of Battery Electric Vehicles?

Unlike General Motors and Nissan, Ford has always played their cards close to the vest when it comes to plug-in electric vehicles, opting to take a "wait and see" attitude rather than building in anticipation of a market.   Until now.

In a recent interview, John Viera, who is Ford's "global director of sustainability and vehicle environmental matters" (imagine the size of his desk nameplate), finally put all of Ford's chips on the table with projections about the future of the hybrid, plug-in, and pure electric vehicles at the company. As well as Ford's immediate plans to move past the Focus Electric.  As in, they have none.

"Over time, we’ll have more electrified vehicles. That’s a given, to meet fuel economy and carbon reduction requirements."

Mr. Viera goes on to explain the dynamics behind building pure electric vehicles, and their own Focus Electric:

"The biggest issue is affordability. Our approach has been to put our electrified vehicles not on unique platforms – like our competitors – but on a common platform to take advantage of economies of scale on the majority of vehicle parts. We can really drive down costs associated with those parts. In terms of build-to- order cars – if our competitors have a unique electric vehicle, they guess its demand and size its production upon that guess. If they get it wrong, people get laid off, plants get shut down. Since we’ve put the battery electric Focus on the same platform as the gasoline Focus, we build those vehicles down the same assembly line. If orders shoot up for the battery electric Focus, no problem, we build more. If not, we build more gasoline Focus."

The Ford director details how the company expects the market to shake out over the next decade:

"We’re projecting that about 10-25 percent of our fleet will be electrified by 2020. Of those, 75 percent of vehicles will be traditional hybrids, 20-25 percent plug-in hybrids and 5-10 percent, battery electrics."

Now, we can understand the low estimate on the pure electrics, given Ford's pessimistic position on the segment, but considering the fact the Detroit auto maker is debuting two new plug-in hybrids over the next six months, the Fusion Energi and the C-Max Energi, one would expect Ford's internal estimates to be significantly higher on how large their plug-in business would be at the turn of the next decade.

Still, one thing is clear, the Focus Electric is not going to receive any pure electric stablemates anytime soon, and with the dreaded CARB 'compliance' card being played here again from the company, it probably isn't going to get a lot of support or marketing from HQ in the near future either, which is a shame because we really enjoyed our week long, extended test drive with the Focus Electric before it launched last month.

Thankfully, Ford also took some time to throw hydrogen under the proverbial bus as well, "While we’re working on hydrogen in our research labs, we don’t think hydrogen-powered vehicles are going to hit the market in the near-term like our electrified vehicles have."

Given the company's gloomy outlook on EVs, we expect Ford's internet forecast for future hydrogen sales to be strictly limited to a fellow named Chet who lives in Schenectady, and may or may not be a real person...and that is okay-fine with us.