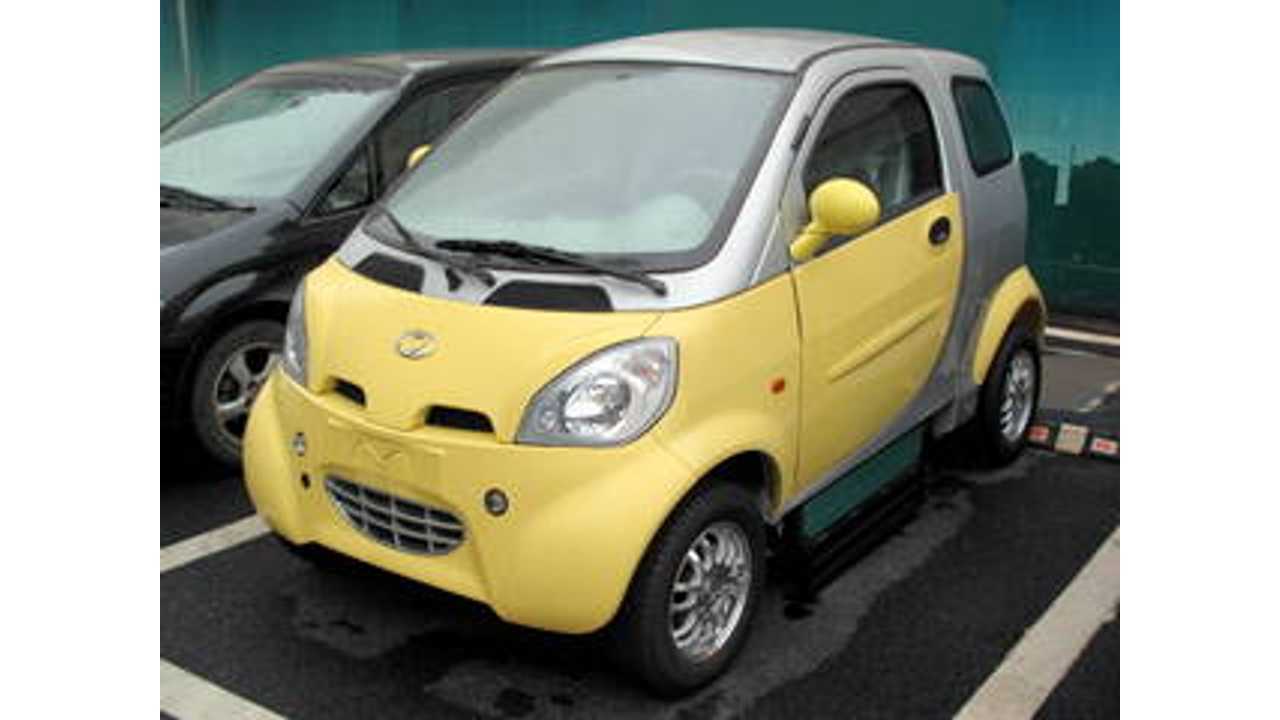 According to Forbes, the city of Hangzhou, China has signed a strategic cooperation agreement with Kandi Technologies and nine other companies to build and to supply 20,000 EVs for a test leasing program and Vehicle to Grid technology test. Although Kandi Technologies will provide all EVs, the other eight companies involved include a battery supplier, local power company, and area contractors to build charging and battery swap locations.

The EV Kandi Technologies makes the Kandi KD501 Mini-EV.  But not much information has been released for this vehicle, however based on the pictures it does resemble a smart car in size, but with a Toyota Prius front end.

Although, an order for 20,000 electric vehicles is big news in our world, with 20,000 EVs using Vehicle to Grid Technology could have even more local and global financial and technology impacts. Vehicle to Grid, shortened to V2G, is where EVs and plug-in hybrids have the ability to communicate with the power grid to sell extra power into the grid, or pull extra power to increase the charging rate. This will be the largest scale test of V2G to date.

A few consumers spoke out against this project during its negotiation periods due to concerns for increased electric bills, however the local electric company is responsible for purchasing of the batteries and will cover the charging costs. Future plans for the V2G system is to have a split incentive program between the vehicle owner and the electric company.

The dual test program will start in August and last until the end of 2013. Kandi Technologies is expected to manufacture and sell around 1000 per month specifically for the city of Hangzhou.

To learn more about Kandi Technologies and the Vehicle to Grid system, check out this article from Forbes.