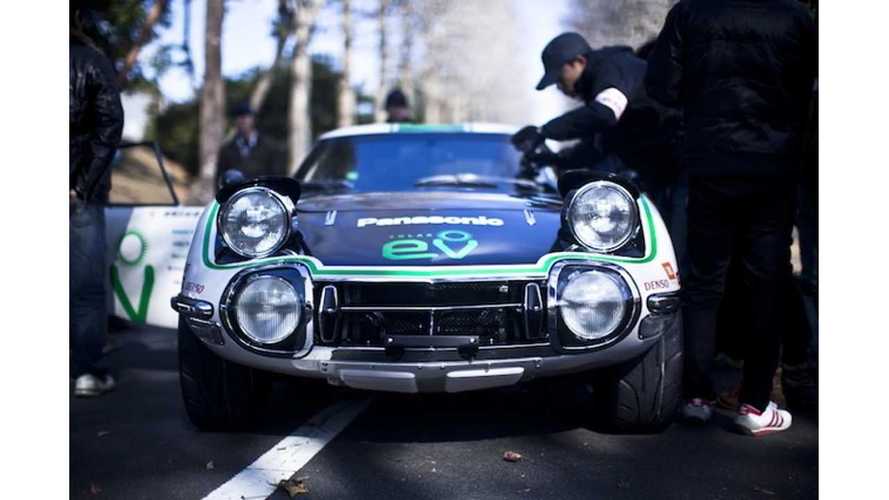 First shown at the Goodwood Festival of Speed, the Toyota 2000GT EV, the concept car is underpinned by Toyota's electric powertrain of the future.

While speaking to Autocar UK, Toyota's Naohiko Saito, revealed that “(the powertrain) is an early part of the development process involved in refining the technology”.

Mr. Saito noted that while this new technology would form the base for an upcoming Toyota sports car in the future, the public will see it first in an all electric city car.   He also noted that Toyota is working on a manual gearbox to the electric powertrain, which has zero practical value against a CVT, given the power curves of an electric motor, but Toyota believes it is still something consumers want saying there was still “a desire to use a manual gearbox in our electric and hybrid sports cars.”

Naohiko Saito went on to explain that a CVT gearbox was “efficient but not fun”, and the manual box evokes a more traditional response and “promises much better feel for the driver”.   Toyota confirmed that a production manual hybrid from Toyota is on its way to consumers, but is still a few model years away.  We ourselves at InsideEVs feel that the quiet, effortless sensation of smooth acceleration in an EV is a thing not to be messed with.