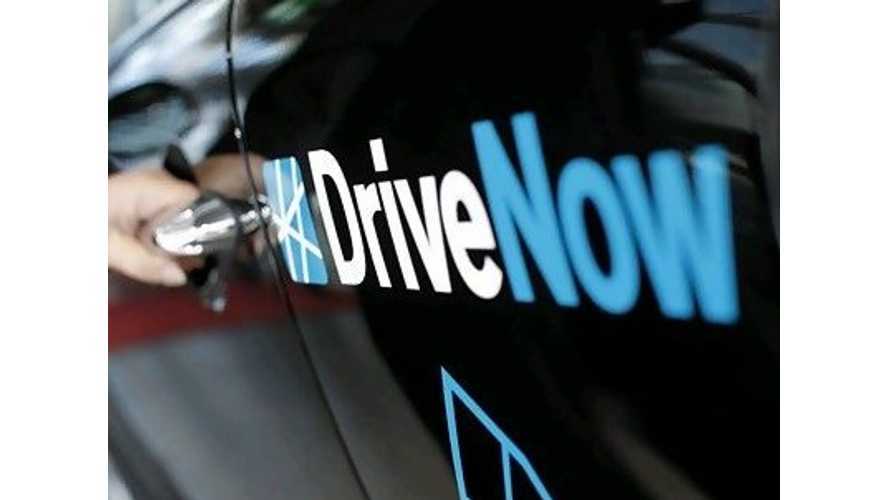 First envisioned for residents of congested metropolitan areas, and for those without need of a car full time, car sharing is not a new concept.   The most recognized name in this business inside United States is Zipcar, who boasts over 700,000 members who share about 9,000 fleet cars.

At least Zipcar was the most recognized name until now.

BMW has just launched their own version of car sharing called DriveNow, and they have done it with electric cars in a big way.  Starting this month in San Francisco, BMW has made 70 fully electric ActiveE cars available for hourly rentals at nine areas throughout the city.

So if you want to take the future of BMW's electric vehicle dreams for a spin, and if your over 21 with a valid driver's license, and have at least $12 in your pocket (which gets you the first 1/2 hour), your day has come.  Additional minutes over the first thirty cost 32 cents a pop, but you can also rent the car on a daily basis.  $90 gets you an ActiveE for the day, with a mileage cap of 180 miles (.55 per miles overage charge).

Like with Zipcar and Hertz, there is a membership fee, but at $39, the one time fee is not intrusive. BMW encourages you to take advantage of San Francisco's EV-friendly community and take out one of their EVs for a test spin.  DriveNow customers can find available vehicles here, and ActiveEs can be had immediately or they may be booked as a reservation in advance.