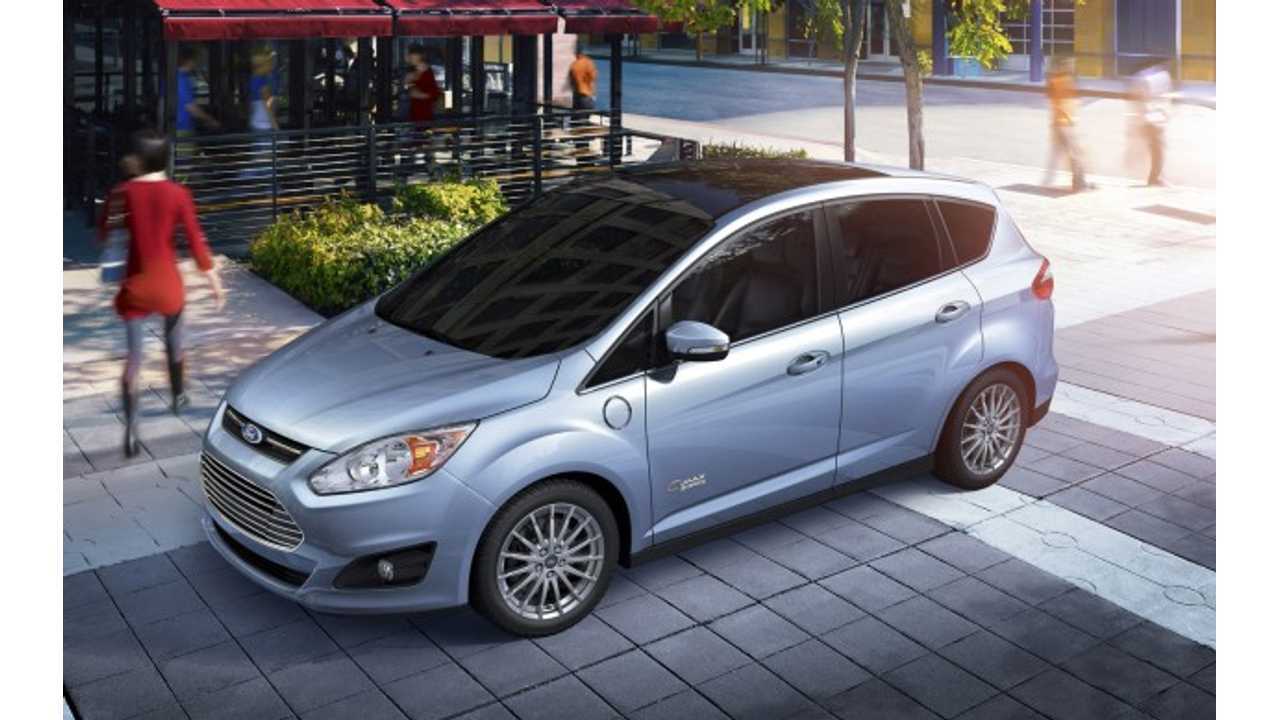 Currently Ford only sells the Ford Focus Electric in three states.  California, New York and New Jersey.  And inside those states, dealerships who want to sell the Ford Focus Electric have to be part of Ford's "Certified Dealer Network", which consists of training sales and service staff on electric vehicles, bringing in special equipment, installing two 240 (L2) charging stations, and streamlining the dealership to conserve energy.

While we realize that "Ford's electric vehicle lineup" at the moment, consists only of the Focus Electric, certified dealers are expecting more plug-in sales help in the near future.  A lot more.

Nationwide, at all 3,200 Ford dealerships, the C-Max Hybrid goes on sale in September, but for the specialized EV dealerships, they will be getting the C-Max Energi and Fusion Energi plug-ins to sell alongside the Focus Electric just a few months later, beginning in early 2013.

Ford has said that C-Max Energi plug-in will best the numbers of the Plug-In Prius, which achieves 87 MPGe and 11 miles of all-electric driving.  Early estimates put the C-Max plug-in's all electric range at 20-25 miles.
The Fusion Energi has an expected efficiency rating of over 100 MPGe from the EPA when it goes on sale next year.  That triple digit number would best not only the Prius plug-in, but the Chevrolet Volt as well, thanks in part to a next generation CVT transmission and an Atkinson Cycle gas engine.  Full electric range for the Fusion is expected to be more than 25 miles.
.
++
Got a tip for us? Email: tips@insideevs.com