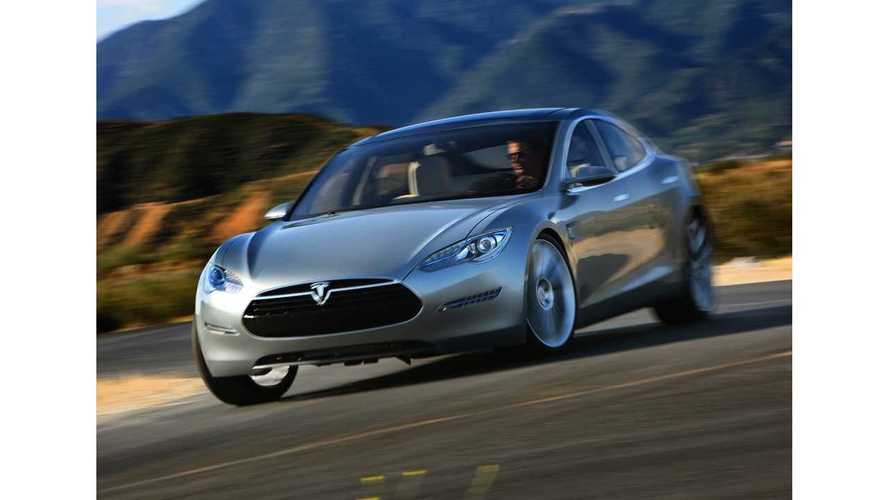 Yesterday, Dan Neil of the New York Times, released his thoughts on a quick drive of the new Tesla Model S. Tesla is only letting select automotive journalists have around 10 minutes of drive time (you can read our first impression here). However, at just over an hour, Neil has had the longest journalist drive to date in this beautiful machine... and he is not complaining at all.

Neil felt the Tesla S is a wolf in sheep's clothing stating the the EV has Lamborghini like acceleration from 50 to 100 miles per hour. Best part, you ask: you wont sound like an idiot begging for attention. With such a short time behind the wheel, a lot of questions remained unanswered, however Neil was set on discovering everything he could.

The model Dan Neil tested was the Tesla Model S with the Signature Performance package. Equipped with a 416-horsepower 443 pound-feet of torque electric beast of a motor, this EV is capable of going 0-60 in 4.4 seconds and speed through the traps of a quarter mile in 12.6 seconds. The Signature Performance package also comes with the largest battery pack Tesla offers at 85 kilowatts/hour capable of supposedly a 300 mile range.

Bolted to the bottom of the car, the battery pack is less than 5 inches thick and about the size of a small table. Inside the battery pack, more than 7,000 Panasonic nickel-cathode lithium-ion 18650 cells are installed tightly together. This design keeps the bottom of the car aerodynamic and lowers the center of gravity to the lowest possible point. Tesla even thinks the model S is one of the most aerodynamic  vehicles on the road today with a 0.24 coefficient of drag. A few notable drag  ratings include the 2010 Prius at 0.25, 2010 Nissan GT-R at 0.26 and the 2011 Nissan Leaf at 0.28 (wikipedia).

Open up the doors and the Tesla S provides a huge amount of storage space. Either the truck under the rear hatch offers 26.3 cubic-feet, but when the seats are down, that amount almost doubles to just over 50 cubic-feet. According to Neil, the Model S also comes with rear jump seats for kids, but feels either no one will purchase the option or Tesla will just leave that one of the checklist.

Continuing with the interior, Dan Neil loved the 17-inch touch screen command center that controls vehicle data, climate control, and a/v system. Although the high caliber of the exterior flows interior the interior graciously, the biggest issue Neil has is the poor design location of the, although beautiful, navigation map screen.

Outside, the 21-inch wheels are only massive next to the overall length of this EV. At 196 inches, Neil comments this car exploits everything an EV should be. The front end includes a super sleek hood and active lower grill intakes that open and close due to cooling needs. Body lines flow effortlessly through the vehicle and are accented by the futuristic pop-out door handles and chrome window trim. The overall shape, Neil stated, is very similar to the current generation Jaguar XF.

All said and done, Dan Neil feels this spaceship inspired car made by a man that owns a company that makes spaceships, is an amazing feat of automotive genius. Neil mentions Lamborghini and Ford GT in an article about an EV he drove for just over an hour really makes the point that Tesla is onto something huge with the Model S.