GreenTech's MyCar Gets First Order From Domino's, Hopes To Build 10,000 This Year 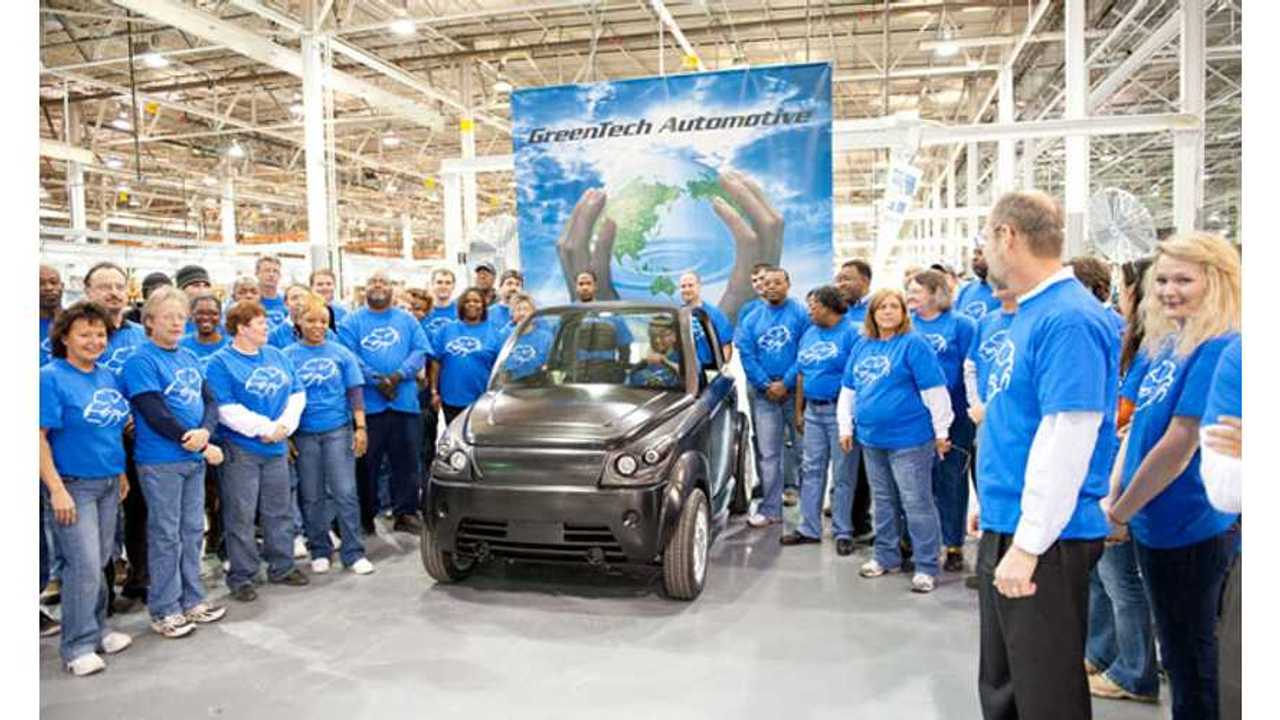 GreenTech Automotive, which produces the electric MyCar, celebrated the start of production on Friday in Horn Lake (MS), with both a visit from former President Bill Clinton, and an announcement that it had received its first orders from Domino's pizza.

Domino's will buy at least 20 of the MyCar electric vehicles from GreenTech, a match the company said is a perfect fit, and a relationship it hopes to expand into the future.

The MyCar is classed strictly as a city car, or neighborhood electric vehicle (NEV). The EV has a electronically limited top speed of 25 mph on US roads (the maximum allowed nationwide), while in Europe it will be governed to 45 mph. The cost of the car starts at about $18,000, with the top-of-the-line model achieving about 95 miles of range.

Compared against other EVs, it handily beats the current lowest price offering available on US roads by over $11,000 (the Mitsubishi i has a starting MSRP of $29,975).  Naturally, the fact you can't drive it on the highway makes it a different class of vehicle entirely.

Former Democratic National Committee chief Terry McAuliffe is chairman of GreenTech, and hopes to built an astonishing (and impossible) 10,000 copies of the car next year between the new US factory and one planned in China. The bulk of this estimate is based on the hopes that Greenabout A/S, which is a Danish distributor of EVs, can sell "thousands" of their MyCars.

"We've got to get 10,000 built over the next year. If we can get up to 10,000 the first year, that's a big deal...Too many people have given up on American manufacturing, saying manufacturing jobs are not coming back. But GTA (GreenTech Automotive) sets out to prove them wrong," said McAuliffe. "For too long, America has been inventing products here and sending the production jobs overseas."

The new factory will employ 426 workers, bringing the total staff to 845 later this year. For 2013, the employee head count is estimated to hit 1,500 workers.

We at InsideEVs are more than a little skeptical of the claims of the company, or if it will even produce more than an handful of the cars.

This is especially true since we had a little trouble even finding the company's website (www.wmgta.com), and once there, finding out any actual details on the car itself (there is none).  Then there is also the fact the website may possibly have been put together entirely by a high school student, armed with stock photos, just learning some HTML in his basement over the weekend.

In the end, finding customers to pay $18,000 to go 25 mph may prove difficult.  GreenTech reminds us a little of ZENN motorcars, who also produced NEVs before discontinuing the product in April of 2010, due to "lack of sales".  ZENN built a total of 500 cars before throwing in the towel.    That car had an original stated price of $15,995, and at one point ZENN attempted to sell the car at $9,995 to drum up interest.

Today, with an array of highway capable, full electric vehicles available, we are not sure the landscape is anymore friendly to this sub-brand of EVs. Additionally, even more competition is on the horizon for the MyCar, as Mercedes will introduce the SMART EV (already on sale in Canada and Germany - details here) into the US market sometime in 2013, with an expected starting price around $25,000.

Still we wish them luck.