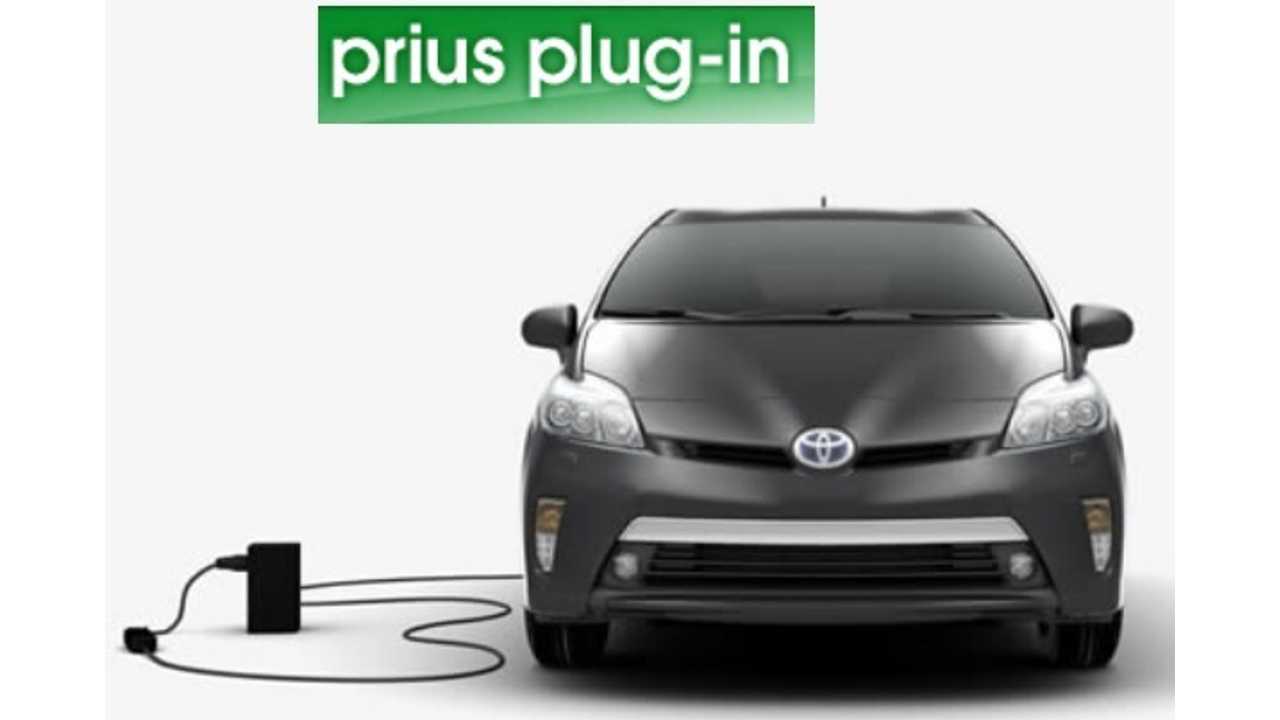 The Toyota Prius Plug-In has been moving the wrong way on the sales graph since it was launched.  Down.

After coming out of the gates strong in its first full sales month (April) with 1,654 cars finding homes, the sales normalized in May with 1,086 copies...or so we thought.  Toyota did not differentiate the Plug-In Prius sales from the rest of the Prius family in their official press release, but a spokesperson on Toyota's lengthy sales call did eventually divulge that only 695 plug-in Prius hybrids were sold for the month, down about 40% for the second month in a row.

Toyota did note that the Prius Plug-In was still only available in California and 14 other states in the the US, and that has effected the total amount that the company could have sold, while also remarking that supply issues to states not beginning with the letters 'CALIFORNIA', have seen those areas not getting a full compliment of cars.

Toyota conference call statement: "...we started in California (with the Plug-In Prrus), so we are still in the north east states in a pipeline fill situation there.  There is a little bit of flow going to the north east.   It is on sale today (in the north east) and has been for about 30 days."

One thing we have learned here at InsideEVs following the rollout of the Nissan LEAF, Chevrolet Volt and Mitsubishi i, is that more often than not, by the time supply is rolled out to the entire United States, the original market's demand (again, all states beginning with 'CALIFORNIA') has been filled, and overall sales tend to moderate, causing ambitious initial estimates for sales to come down.