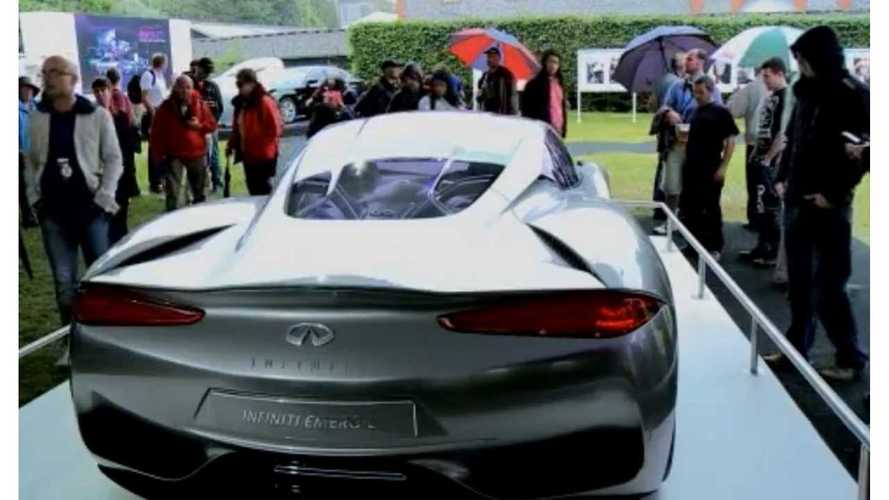 Infiniti EMERG-E Concept At The GoodWood Festival Of Speed

The Infiniti EMERG-E is more than just the pretty concept that we saw this past year at the Geneva Motor Show, it is a real car.  And to prove that, the EMERG-E hit the track for the 1.16 mile hill climb at the Goodwood Festival of Speed this weekend.

The Infiniti has over 400 hp on tap (402 to be exact), and can blast from 0-60 mph in about 4 seconds, to 130mph from a standstill in about 13.  Total plug-in range is quite decent, given the vehicles supercar looks and performance, at 30 miles.  Total range is about 300 miles, using premium fuel.

The car is based on a modified Lotus Evora chassis.  Which, is the same vehicle (that we reported yesterday) that Lotus themselves is also working on developing as an electric supercar of sorts.  Noticeable, the specs are almost identical, so which do you prefer?