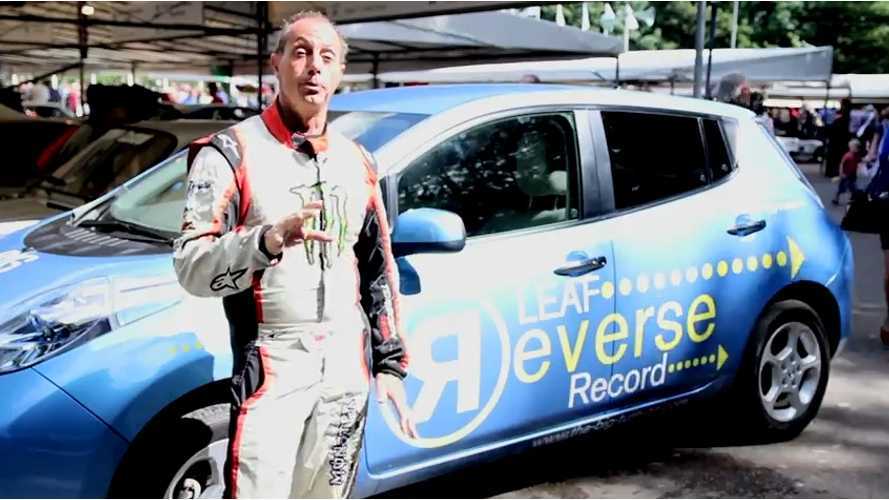 The Nissan LEAF made an appearance over the weekend at the Goodwood Festival of Speed, but not just as show vehicle for the public to get acquainted with, but to set a new World Record for the fastest time over one mile in reverse.

The LEAF, along with stunt driver Terry Grant, tackled the famous Goodwood Hill in just 1 minute and 57 seconds.  This hill course is actually 1.16 miles in length, but who is going to stop so close to the finish?

The Nissan LEAF going backwards is able to hit the same top speed as it manages going forward, thanks to the direct drive and single speed transmission of the car, which gives it a leg up over normal petrol cars. Also, with fewer moving parts than a conventional car, there's less likelihood of mechanical issues during this unconventional operation.

The event is part of a larger media blitz in Europe for the LEAF, called "The Big Turn On," that the LEAF is not only environmentally friendly, but is safe, economical, but most importantly, still fun to drive.

This is the second year in a row Terry has done a record setting stunt for Nissan at the festival, last year he assaulted the course on only two wheels with a Nissan Juke (and we've got that video below as well).

Nissan LEAF Hits the Road in Reverse Over the Weekend: