Are EVs Possible For Rallycross Events 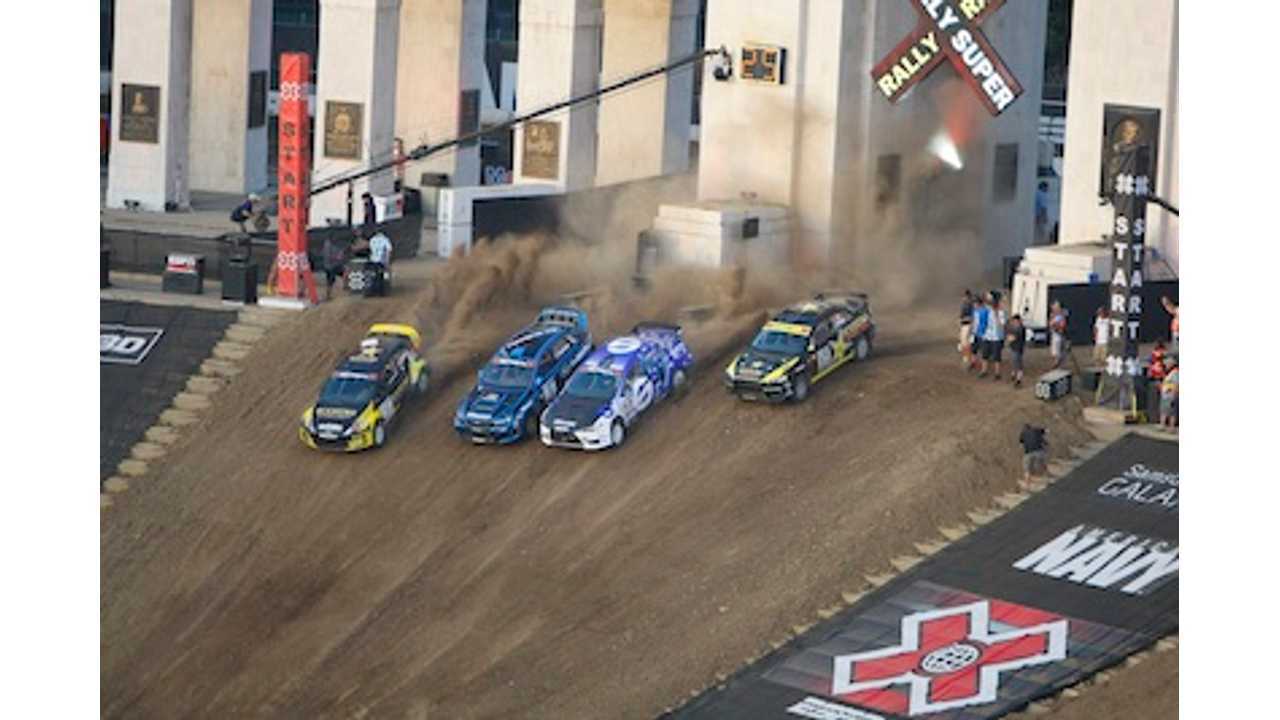 With the excitement of the X-Games all over ESPN this weekend, I had a thought... Would EVs be some of the best rallycross vehicles produced? Let me start off the discussion:

A company called OSCar built and succeeded in being the first electric vehicle to complete the more than 5,219 mile Dakar Rally in central America earlier this year, so why couldn't this feat be accomplished on a smaller course? With large amounts of torque from electric engines at each wheel that could propel these small rally style vehicles through any indoor/outdoor course while maneuvering on asphalt or dirt, an EV rallycross could really be something noticeable in future competition.

Although the vehicles would be heavier due to the batteries, as weight properties continue to decrease in racing models, these rallycross cars would be able to have outstanding abilities. Being able to design a rallycross car with batteries packs is set one. Figuring out a functioning weight distribution to get the EV to have maximum turning power is important, however the power of the electric motors will make up for any difference that would be seen in a turbo-charged rallycross car.

Even thought the Audi placed first in the 24 hours racing recently, what other racing events do you believe would benefit from EVs?

Picture of ESPN Rallycross thanks for Peace Magazine. To learn more about the OSCar eO Dakar rally, check out their page.