Carlos Ghosn Won't Commit To Staying On As Nissan Boss. Will Successor Back EVs As Much? 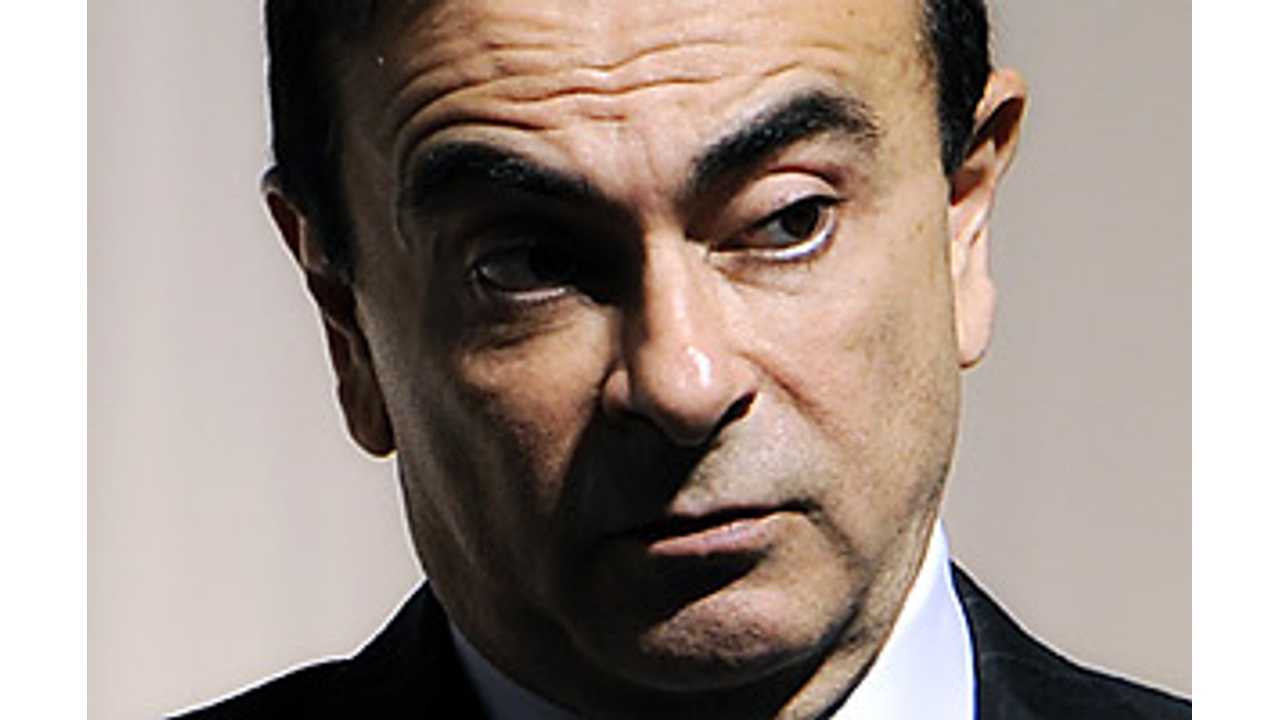 Nissan CEO Carlos Ghosn says that the current mid-term plan is all the Japanese automaker can count on, which translated by the Japanese code of the way things are done, he will be moving on at the end of this five year stint.

So as not to shock the market (and Nissan's investors) spokesman Koji Okuda had this warning:

“Ghosn has said this is the last mid-term plan he’ll commit to, meaning he may not stay here for the next mid-term period. We need to prepare for his possible departure within a five-year period.”

Whoever succeeds Ghosn has some huge, almost impossible shoes to fill. Carlos not only has a outstanding record with the company, but he is something of a cultural rock star in both Japan and Europe.

Ghosn took over the head job at Renault in 1996, where he earned the nickname "Le Cost Killer," by fine tuning the operation's processes by over 3 billion Euros. In 1999, he leveraged the new found power of Renault to buy a controlling stake in, what was considered at the time to be a dying company, in Nissan.

Bob Lutz, CEO and chairman at Exide  at the time, said that Ghosn "would have been better off dumping cash into the ocean," a comment he would come to regret saying later.

But it was what came next for the Renault-Nissan alliance that really interests us here. Sometime in 2007, at the beginning of Nissan's last '5 Year Plan' (and Ghosn's 4th), the Brazilian born CEO bet all his prior successes on building electric cars, budgeting over $6 billion to develop and produce the electric technology to get pure EVs into the common man's hands.  Key to this process included building his own batteries in house by starting a joint venture with NEC called AESC. Today, with the start of production in Sunderland (UK), AESC produces more lithium ion batteries for use in automobiles than all other companies combined.

From that commitment, the Renault-Nissan alliance has given birth to the Nissan LEAF, Renault Fluence ZE, Kangoo ZE (utility van), and Twizy ZE (soon to be also rebadged a Nissan), with the Nissan e NV200 (van),  Renault Zoe, and a luxury EV from Infiniti (the LE) to hit the market over the next 3 to 15 months.

One of Ghosn's most notable moments was that he was asked by current US President Barack Obama to take over the reigns at General Motors and lead that company into profitability. However, Ghosn felt he was only getting started with his real design for Renault-Nissan at the time, and turned down the offer "without hesitation."

This current 5 year term, coined the "Power 88 Plan" doesn't expire until March of 2017, so Renault-Nissan's short term commitment to electric cars is not in doubt, but a impeding change at the top can mean a drastic change in corporate direction.

The front runner at this point is assumed to be the Chief Operation Officer at Renault, Carlos Tavares, who was recently head of Nissan America, making him intimately familiar with the entire company.

We have had many conversations over the years about Nissan's electric vehicles and where the company was heading with Mr. Tavares, and if he is indeed the future of Renault-Nissan, we believe the electric drive of the company will continue to be very strong.

There will be an informal update about the coming changes at the top of the management ladder at the next annual meeting of the shareholders on June 26. We expect even more foreshadowing of Ghosn's departure.