Nissan to AZ Leaf Owners, "46 miles of range is normal!" 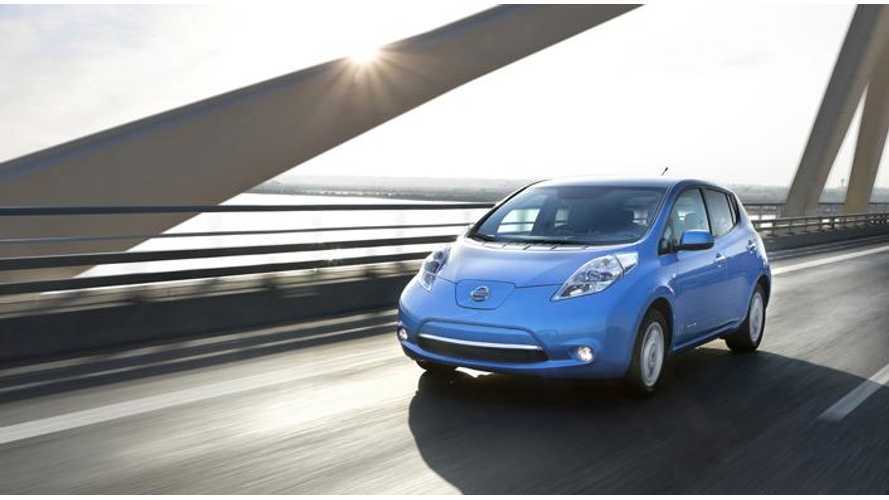 We broke the story last month that five LEAF owners had experienced the loss of a battery capacity bar. Now that number is 20, and there are at least two reports of a second capacity bar being lost, which would indicate permanently lost battery capacity of approximately 21%. Most of the LEAFs involved are in Arizona, but some in California and Texas have also been indicated.  If you couple a 21% capacity loss with Nissan’s guidance that owners only charge to 80%, this would leave an EPA range of about 46 miles.

Nissan and some LEAF owners suggest that the losses are "normal" and to be expected given the harsh heat of the Arizona desert and failure to use best practices for the battery.  Others suggest that while capacity loss is normal and unavoidable, the rate of loss here is unacceptable.  There is also a suggestion that Nissan needs to do a better job of communicating hot climate issues to would be buyers, and provision measures within the vehicle itself to protect the battery against permanent capacity loss from owners who may not realize the implications of their actions.

As an example, if an owner plugged in immediately after parking and the battery was hot, the car might default to a delayed charge to give the battery time to cool.  The owner could override the delayed charge but only after acknowledging a message that makes clear that charging a hot pack will shorten battery longevity.  Similarly, the LEAF could default to only an 80% charge, but allow the owner to override to 100% charge.  The LEAF does protect the battery from damaging charging or discharging but only in extreme heat, charging at milder but presumably longevity damaging temperatures is not prevented.

The question of whether the LEAF should only be leased or even be sold at all in such climates has been raised.  Indeed, Volt Chief Engineer Andrew Farah had the following comments about the Volt before it was released for sale.

One disappointment is that the Volt and other Lithium-ion battery-powered electric vehicles may not be viable in hotter climates, such as some states in the American Southwest. Despite the fact that Volts will be sold in these states, performance may be significantly undermined due to the heat.

Based on comments posted by Charles Whalen Executive Director of Plug In Florida it appears that Nissan just accepted that battery packs would lose capacity more quickly in hotter climates.

Calls and email to Mr. Whalen to verify which Nissan “people” made those statements and when have gone unanswered.

While Mr. Whalen was under the impression Nissan would replace such packs under warranty, Nissan to this point gives no indication of doing so.

Some have pegged the cost to develop and implement active liquid cooling/heating at $2000 car.  Although putting a number on such costs could be a bit like those who suggested that each Volt cost $250,000 to produce.  Until that production run has completed you don’t really know the cost.

As Mr. Whalen suggests above there is also a feeling that liquid cooling is really only necessary in the hottest climates, but liquid cooling may be useful even in milder climates.  GM has suggested that less than 90f is ideal for battery performance and longevity.  This is a temperature easily reached even in milder climates, especially when the heat produced by charging and discharging, and the likelihood of cars sitting on asphalt parking lots is factored in.

Another key factor, often overlooked is the need to maintain temperature stability across the entire pack.  Battery cells at different temperatures will perform unevenly, in effect making the pack unbalanced which is bad for short term performance and longevity.  It is difficult to imagine that Nissan can maintain such stability with a passively air cooled system.

This chart produced by the DOE suggests capacity loss over 5 years of 15% for a PHEV20 using a 54% depth of discharge in the Phoenix area and is based on lab results and theoretical calculations.  Yet LEAF owners who have lost capacity bars are looking at losses of 15% - 21% in just over one year.  The chart on the right shows that after 6 years there would be a capacity lost difference of only 7% between a liquid cooled battery and one with no cooling based on AZ ambient conditions in the same PHEV20 vehicle.  If the LEAFs are any lesson, the theoretical calculations are going to need some adjustment.

Though 20 cars effected is a small number, that is just what has been reported on MNL. The site reports about 5000 users, but there are probably only about 500 actual LEAF owner's actively using the site, and the number that are from hot climate areas like AZ is much less than that. In that context 20 is a large number and implies a significant population of unreported LEAFs experiencing capacity loss. Nissan undoubtedly knows the exact number from data gathered on annual LEAF checkups and monitoring of telematics but they are revealing nothing, sticking only with the comment that this represents "normal loss."

There may be a looming warranty battle with Nissan over this issue, although based on the language of the disclosure forms which every LEAF owner signs this seems unlikely.  Still there may be those who will take there chances with “a suitability for intended purpose claim”, especially given Nissan's demonstrated prior knowledge of this issue. Some are hopeful Nissan is stalling on resolving this issue until the new battery plant in Tennessee comes online, and eases the tight battery supply Nissan is currently under.

Existing owners are recommending that new buyers use specialized instruments such as the GIDmeter or the upcoming LEAFscan to document their battery state of charge from day one and continue to do so periodically to document any decline. Others are using the LEAF's built in telematics to try and do the same.

Pointing to a signed disclosure form may be a successful legal strategy for Nissan, but surely they must recognize that having to do so indicates an extreme failure to communicate on their part. The reality is that leaving it up to a salesperson who has conflicting goals to educate on these critical issues is not the right track. Either a Nissan controlled screening/education process is needed, or even better, build measures into the car that protect the battery and educate the owner. Even those of us who know the best practices sometimes need to be reminded.