GM Re-Confirms Relationship With A123 On Spark EV, As Well As Production 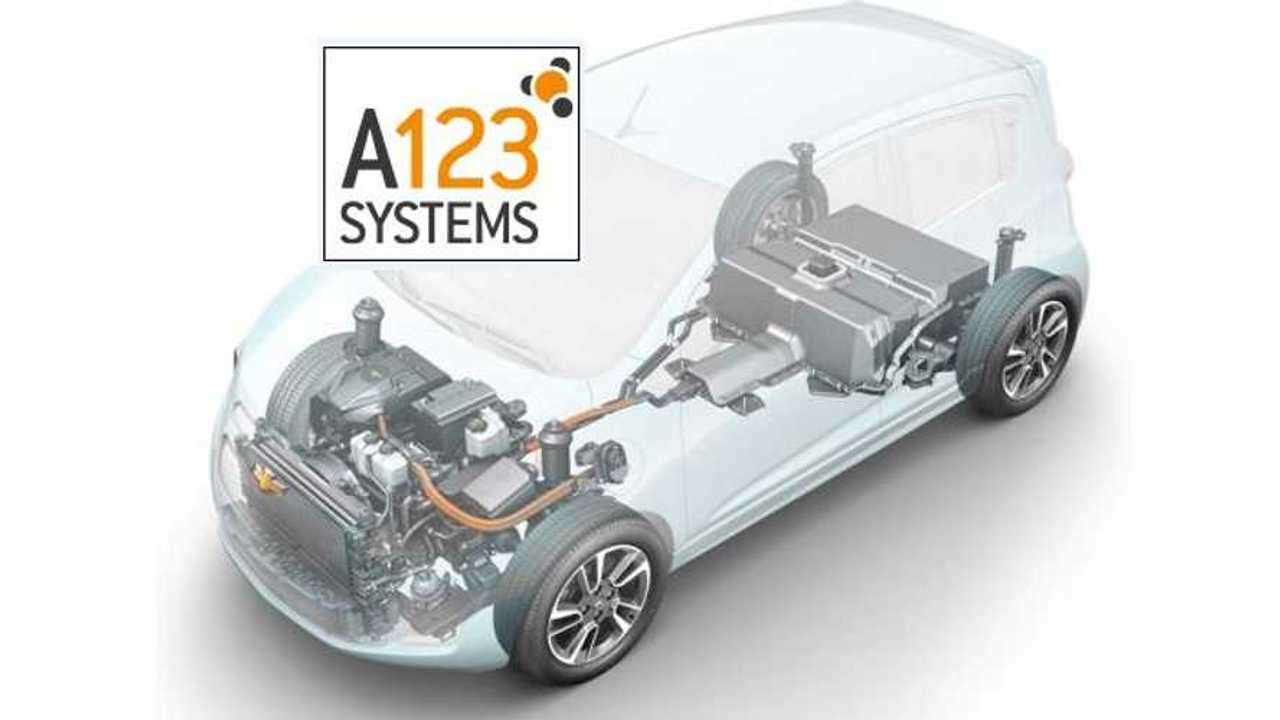 A123 has had its share of ups and downs of late.

Earlier in the year, a flaw in their batteries showed up during a Consumers Report test drive of the Fisker Karma.  By the time all the dust had settled from replacing packs and replenishing their inventory, A123 had lost 67 million dollars, causing concern about the viability of the company.  Shares plummeted as low as 82 cents at one point, off from a high of about $6.

Then, last week A123 announced they had perfected a potentially disruptive technology to the lithium battery industry.  Namely, a pack that could output 20-30% more power, and yet still retain 90% of its initial capacity after 2,000 cycles, which is much higher than current industry standards.  Shares then rallied as high as $1.58.

Still, A123's financial worries will not be solved by a technology that is likely years away from profitability, and there was some concern that A123, given their recent glitches and financial worries may lose their current relationships with the likes of General Motors, BMW and Fisker.

With Fisker orders of late waivering, A123's contract with GM with the Spark EV is thought to dwarf any other orders on their books for 2013, and if the car finds success in the marketplace, that could be the light at the end of the tunnel for company headquartered out of Waltham (MA), and production facilities in Michigan.  Conversely, a souring of the two companies relationship may be the last straw on A123's back.

Inside EVs reached out to GM to ask about the status of their relationship with the battery startup, to find out if A123 is still indeed the battery and systems supplier for the Spark EV, and if the Fisker and recent financial issues at the company had perhaps caused GM to rethink their decision.

Randy Fox, who looks after the corporate communication for GM as it pertains to advanced electric vehicle technology stated to us that:

"...we (GM) continue  to work closely with A123 and our plans for the Chevrolet Spark EV remain unchanged."

Good news for A123.  As for what exactly those plans are, Annalisa Bluhm, who works for Chevrolet Communications told us that the Spark EV will indeed be built in 2013 on schedule, but that it will be sold as a 2014 model.

Below:  Video of a "65% calibrated Chevrolet Spark EV before heading out on a road test in Torrance, California" - GM Media

Disclosure: The InsideEV's author of this piece has a long position in A123.