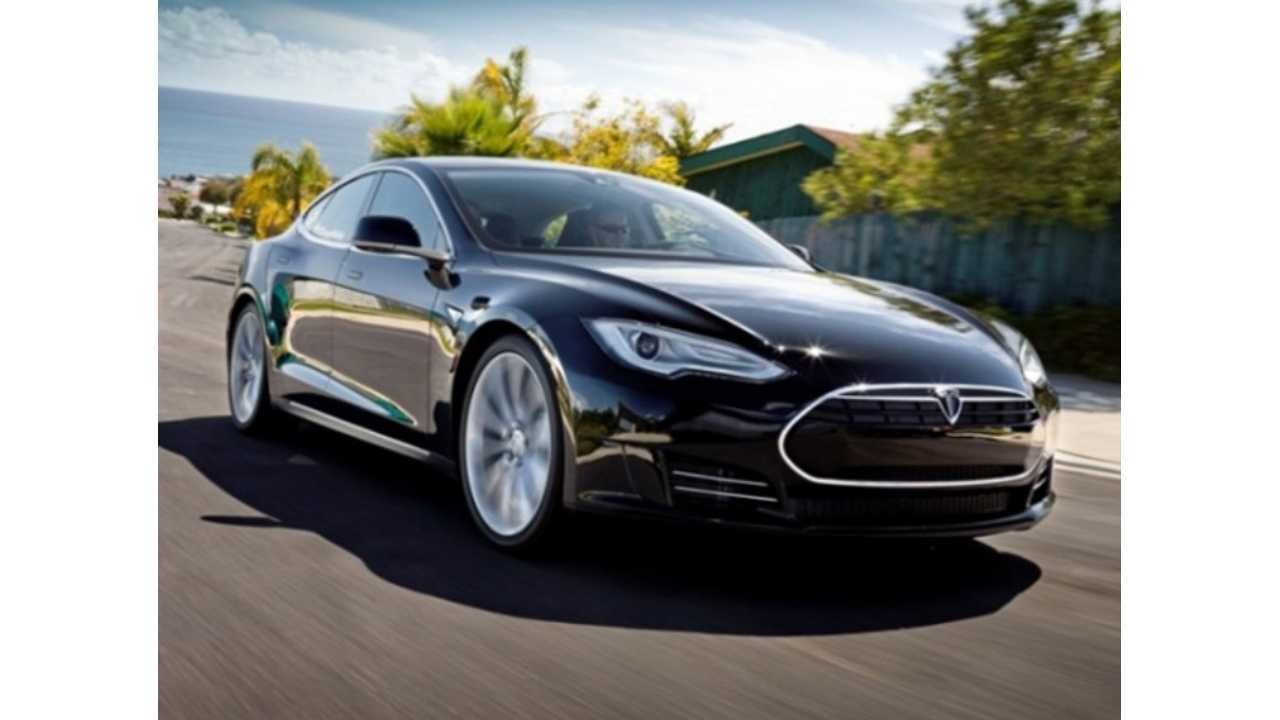 While the official EPA window sticker of the Tesla Model S has yet to appear, the EPA has released some of the information to the public via its fuel economy website (thumbnail of data on the right).

The agency has found that the Model S, has a gas equivalent efficiency, or MPGe if you will, of 89 miles. 88-city, 90-highway for 89 MPGe combined.

Obviously, this number is not in the neighborhood of competing with the diminutive Honda Fit EV, that just recently took the efficiency lead at 118 MPGe, or the king of the pure EV sales, the Nissan LEAF at 99 MPGe, but when you are sporty 85 kWh of battery pack and can zip from 0 to 60 in around 5 seconds from a 260kW/350hp motor, that is pretty darn good.

Doing the math on Tesla's 5+2 sedan, gives an estimated range of 265 miles for the 85 kWh version, pretty close to the company's advertised 300 mile benchmark.

Earlier today we reported that CEO Elon Musk has already taken posession of a production Model S ahead of the "first delivery/launch celebration" on Friday.

Further efficiency details, and the official Tesla Model S stickers will be out shortly.