Mitsubishi Outlander Plug-in to Be Revealed in Paris, 30 All Electric 4WD Miles 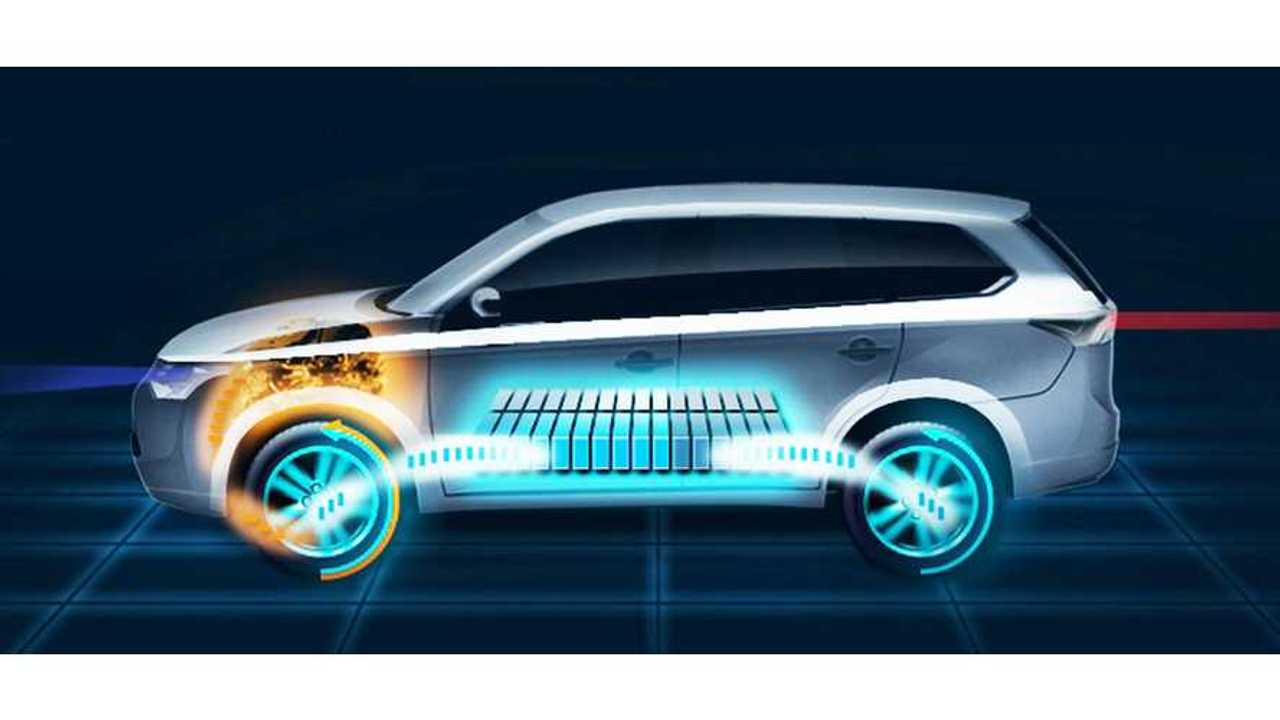 Mitsubishi has just announced they will take the cover off a pre-production, extended range, Outlander P-HEV at the 2012 Paris Motor Show.  That event opens to the press on September 27, 2012, with public viewings two days later.

Using technology learned from their supermini i-MiEV (kei car), the Outlander plug-in hybrid will allow drivers to select between an all electric and a hybrid mode, enabling the user to best pick his (or her) optimal spot to maximize the little 4WD SUV's estimated 30 electric miles.

The Outlander P-HEV was first seen as the PX-MiEV in 2009, and will finally make its way to production as a 2013 model.  No pricing as of yet as been announced, but we expect all the details will be released after the curtain raising in September.  Mitsubishi is targeting a total driving range of over 500 miles for the vehicle.

The new petrol version of the Outlander debuted at the 82nd International Geneva Motor Show this past March.  If you are interested in acquiring either version of the new Outlander, the petrol edition will launch this fall, with the plug-in hybrid to follow "later" in 2013.