Smart ForTwo Electric Production Kicked Off Today, Can Be Had For $26,300* 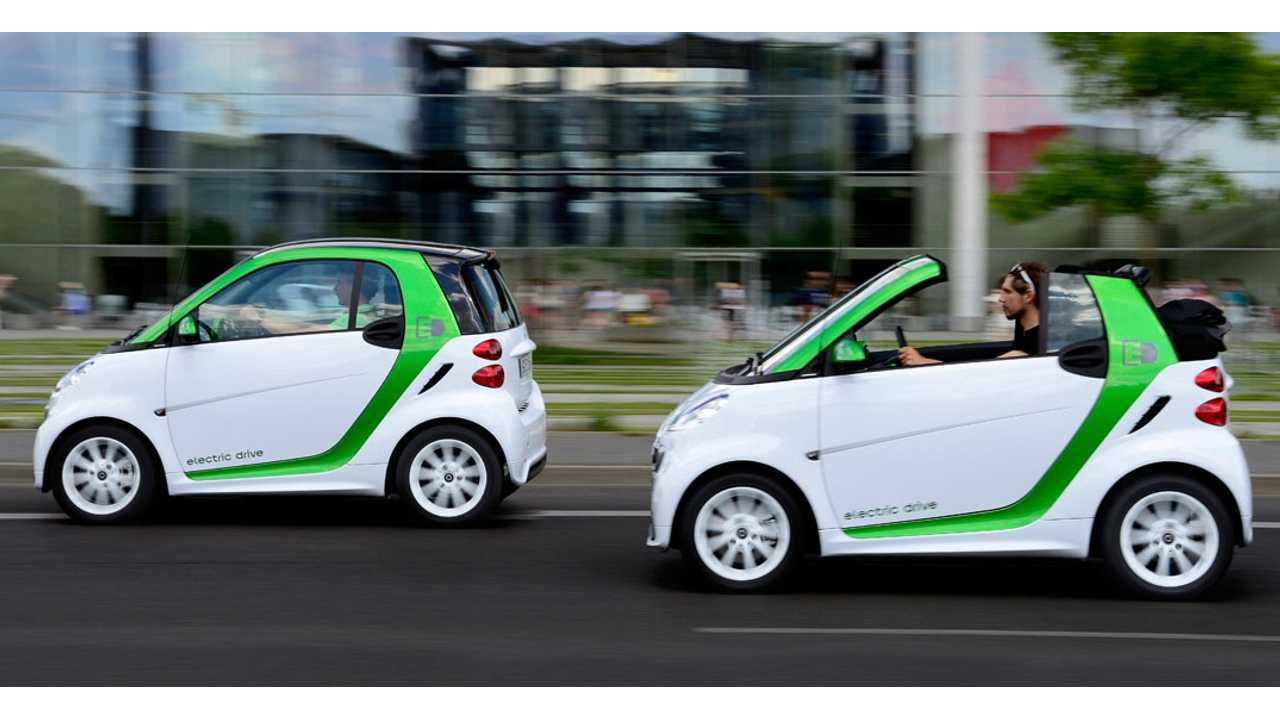 Daimler has officially won the race of German automakers attempting to start mass production of an electric car, albeit not with their flagship nameplate.  Today, the smart ForTwo ED production official began.

Noting its small size, Daimler says "the new Smart ED is the first genuine electric car in Europe," perfect for getting around the streets of Europe that were designed with the automobile in mind.  The car is available to order now in many parts of the world (but not yet in the US), and deliveries will start in Germany almost immediately, with a gradual rollout into 30 other countries over the next year (mostly in Europe).

The Daimler/Bosch collaboration sports a near 18 kWh battery pack, and is propelled by a 30-kW/55 peak electric motor that can push the little car to 60 km/hr (37 mph) in a respectable 4.8 seconds.  Range of the little 2 seater is 90 miles, with a maximum speed of 80 mph.