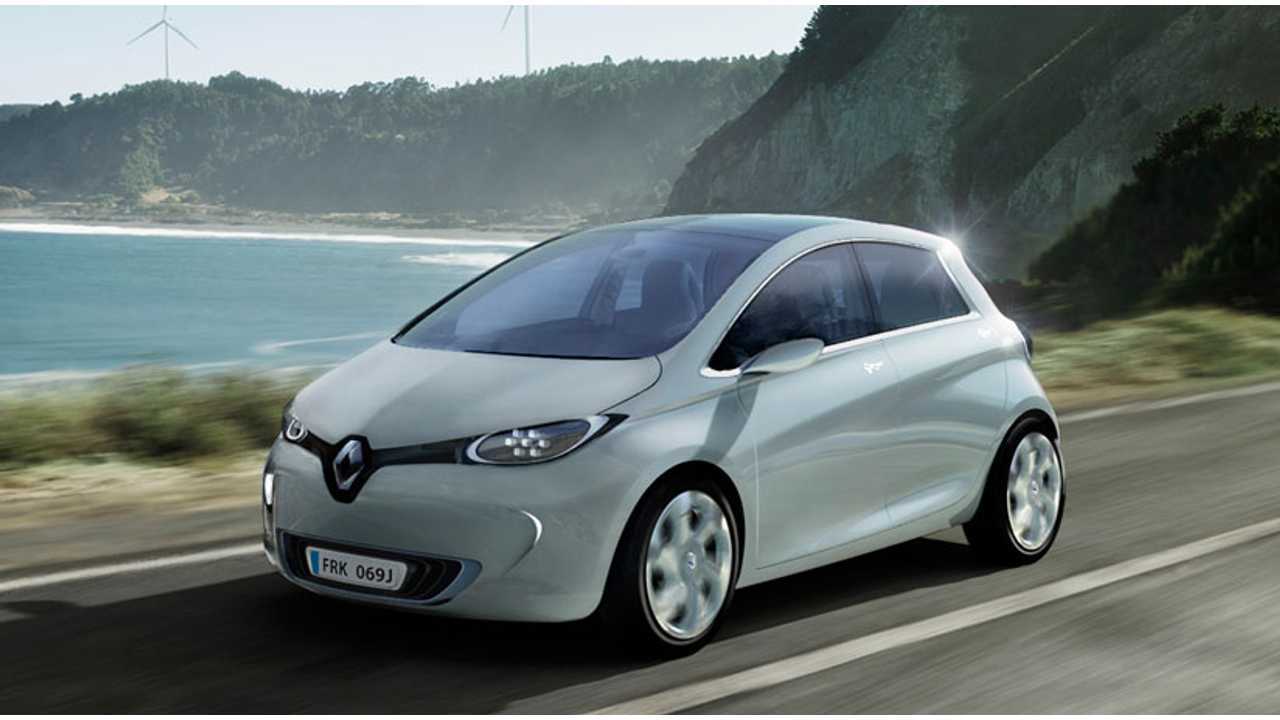 Despite not coming to market for another couple months didn't stop Renault's hotly anticipated new mini EV from still setting a world record, namely the most distance traveled in a 24 hour period.

The Renault Zoe is the first and only electric vehicle to feature Chameleon charging, a system that allows variable charging rates compatible to the maximum output of the charging station/plug it is receiving a fill from, up to 43 kWh.  Still, with a full charge taking a little less than half an hour, we are not quite sure how the record was set.

The car can achieve 210 km on the NEDC cycle, which would loosely translate to about 93 miles on our EPA system in the US.  Under perfect conditions range is expanded with the rang "Range OptimiZEr" (note ZE in name), that features a new generation of regenerative braking, a heat pump and Michelin EnergyTM E-V tyres.