2012 Pike's Peak Champion Could Be Driving an EV 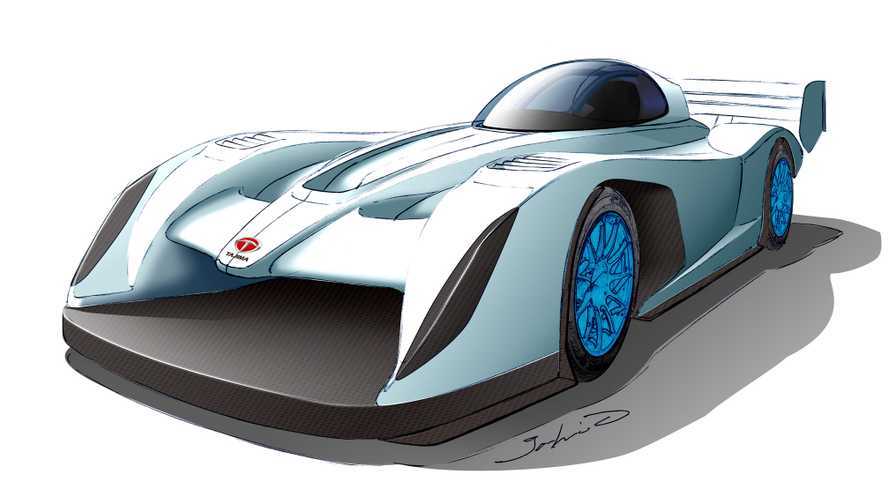 The fact that Toyota is entering a car in the electric division has received a fair amount of media coverage. What has not received so much attention is the fact that Nobuhiro "Monster" Tajima, the guy who has won the race for 6 years running is leaving his gas car behind and will be driving an electric vehicle. This is big.  The gas car he is leaving behind set the record for the fastest time last year. It was his own record that he broke and was the first time anyone had gone under 10 minutes.

He's leaving behind that Suzuki SX4 Summit Special, and teaming up with Team APEV (Association for the Promotion of Electric Vehicles). If you are thinking the 62 year old Tajima is giving up the chance to be the reigning Pike's Peak Hill Climb Champion for a 7th year in a row, just to make an "environmental" statement, think again. He intends to win not just the electric division but the whole race. The goal of APEV and Tajima is quite plainly "to participate and win a world-famous auto race in an electric vehicle." This they think will help demonstrate the viability of EVs.

Details on the "Team APEV Monster Sports Erunner Pike's Peak Special" are scarce. And Tajima and APEV are not giving "a lock" on winning PPHC, instead they say things like "we are going to try." But come on, Tajima isn't getting out of a gasser built by his own company, unless he thinks he has a good chance. This guy likes to win, or rather "like Mike," he really hates to lose. He's won the New Zealand "Race to the Sky" so many times they decided they should just name the mountain after him, so they did.

The gasser Tajima used to win last year clocked in with about 655 fl-lb of torque. What does the Erunner bring to the table? We don't know. But the Toyota EV specs out at 664 lb-ft of torque. And keep in mind that the ratings on the gasser are presumably based on performance at sea level. Pike's Peak is anything but that.  The race starts over 9300 ft. and ends at 14,110 ft. Gassers lose power as the elevation rises.  Electric motors are not effected by the thinner air.

Reading between the lines, it looks like there is a very real chance that Pike's Peak could be won by an electric car this year, we could possibly have EVs finish 1 and 2 with the fastest times.  I have to agree with Team APEV, that really would make people reexamine what they think about electric vehicles.

For those whose interests falls to the cars that mere mortals can drive, let it be know that Nissan set the record for a "mass production EV" last year.  Since it was the first "mass production EV" to run,  it merely had to finish.   Seems to me the gauntlet has been thrown down on the hood of the Ford Focus Electric.  At this point, neither the Leaf nor the Focus Electric can be found on the competitor list for 2012.