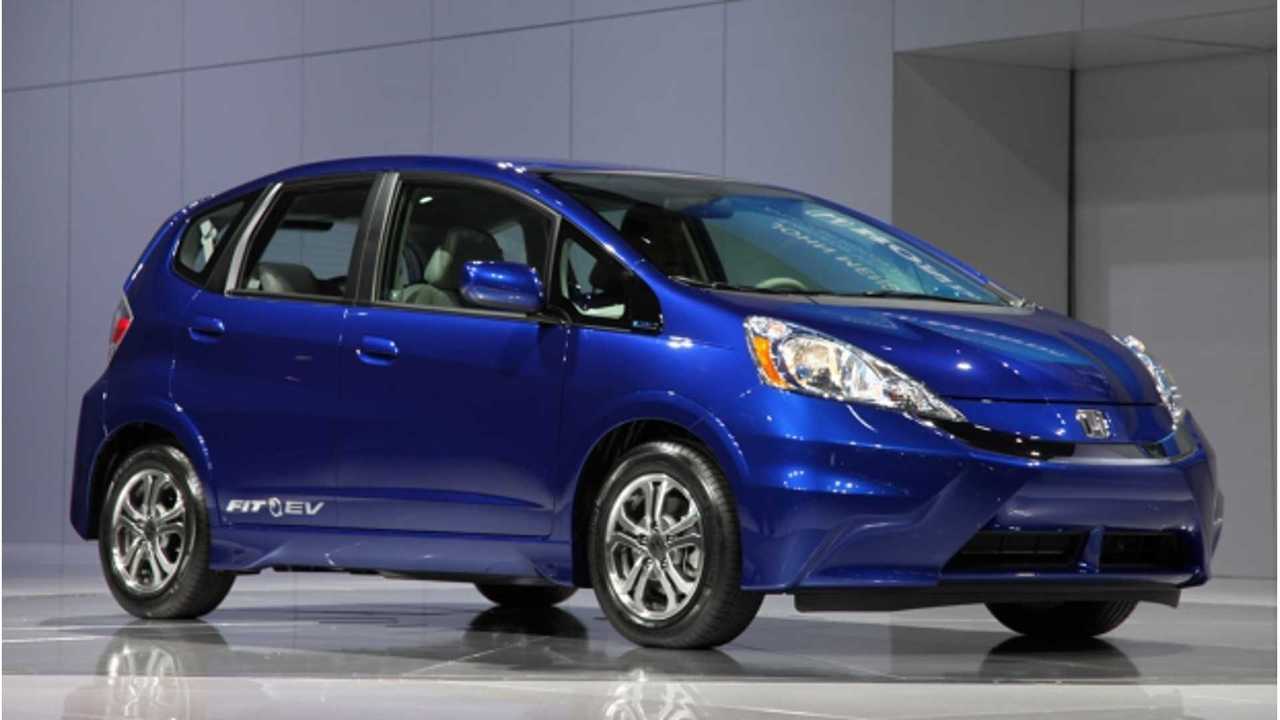 The Honda Fit EV is now officially the most fuel efficient vehicle on the road with an 118 MPGe rating from the EPA.  This figure, which translates to 29 kilowatt hours per 100 miles, bests the Mitsubishi i-MiEV (or just i here in the US) by 6 points.   The EPA estimates the annual cost to use of the Fit EV at $500.

The Fit EV's 92 kilowatt (123 horsepower) coaxial electric motor generates 189 ft-lb of torque, and is teamed to a chassis with a fully-independent suspension and a driver-selectable 3-mode electric drive system adapted from the CR-Z Sport Hybrid.

Other past notable EPA ratings include the Nissan LEAF at 73 miles/99 MPGe and the Ford Focus EV at 76 miles/105 MPGe.

"Just as important as the industry-leading fuel-efficiency and fast recharging time, as a Honda, the 2013 Fit EV will be an absolute kick to drive," said Steve Center, vice president of the American Honda Environmental Business Development Office.

Unfortunately, the little 20 kWh Honda is not a car for the masses.  It is only available as a lease ($389), and has a MSRP of $36,625 (if you could purchase it), and only in select regions.  California (naturally) and Oregon (hmm?).  Honda says that it will produce around 1,100 copies of this car, firmly establishing it as a CARB compliance car.  Honda has stated plans to put the car out on the "east coast" sometime in 2013.