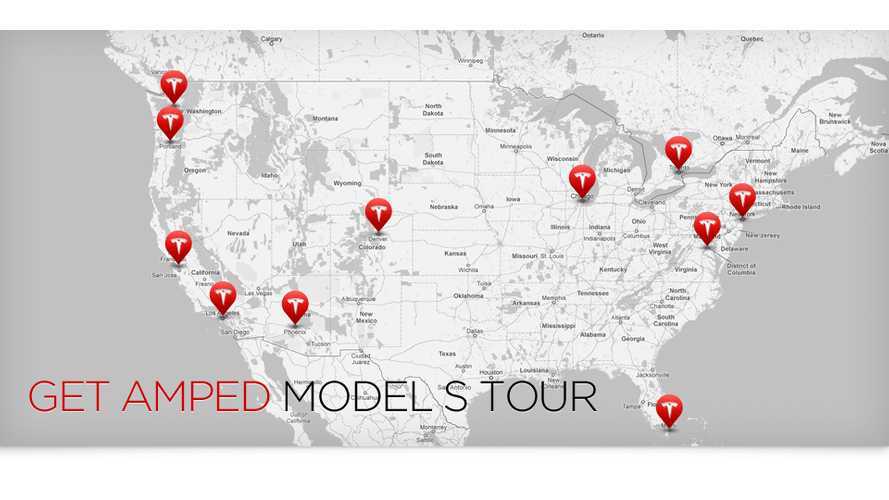 By: InsideEVs Editorial Team
Tesla has announced that the day after the very first car is handed out, will be the first day for consumer test drives.  So if your dream is to get behind the wheel of a 300 mile, sub 5 second, electric super car, your day has come.  Pretty much.

When announcing the test drives, Tesla noted that the Model S had to "be fully homologated, tested and approved by several governmental agencies", and thankfully that last barrier has now been removed, and the Model S is approved for driving on US roads.

Dubbed the Get Amped Model S Tour, it starts as a two day even at the Tesla Factory in Fremont, California on the 23rd and 24th of June.

"Franz von Holzhausen, our chief designer, has created a great seven to eight minute test drive course that extends beyond the factory to nearby streets. The course offers a variety of experiences that include freeway driving, long sweepers, tight turns, smooth and rough roads, and general urban driving. It’s the perfect way to experience how Model S grips the road and loves to run."

After which, the consumer drives will take place over 45 days and in 11 other cities in the US, and 1 in Canada (Toronto).  Reservation holders, as expected, will get the first opportunity to book test drives at the location of their choosing (emails to be send out next week).  Then the general public can get there chance, by signing up 2-3 weeks prior to each tour stop.