Wink, Wink: Infiniti LE to Have Greater Range than LEAF, Built In the USA, and Coming Late 2016 (Update)

Sometimes when a new car comes onto the scene, all the information is laid out neat and tidy in a press release, as was the case with the Nissan LEAF. Other times, very little is known about the car, other than its name and perhaps a blurry artist rendition, as is the case whenever there is a new generation of the Corvette on the way.

Then there is a third type of a reveal, which is every auto journalist's nightmare.  When the knowledge that a particular car is coming long in advance of its debut, and while waiting on an 'official confirmation', sometimes for years, you are peppered with tidbits of information, nudges from people associated with the development of the car, and winks from spokespeople.

UPDATE (June 2013/June 2014):  It appears the that Nissan has decided to wait to debut the Infiniti LE until the 2nd generation of the LEAF gets closer.  Look for the LE to bow in 2016. 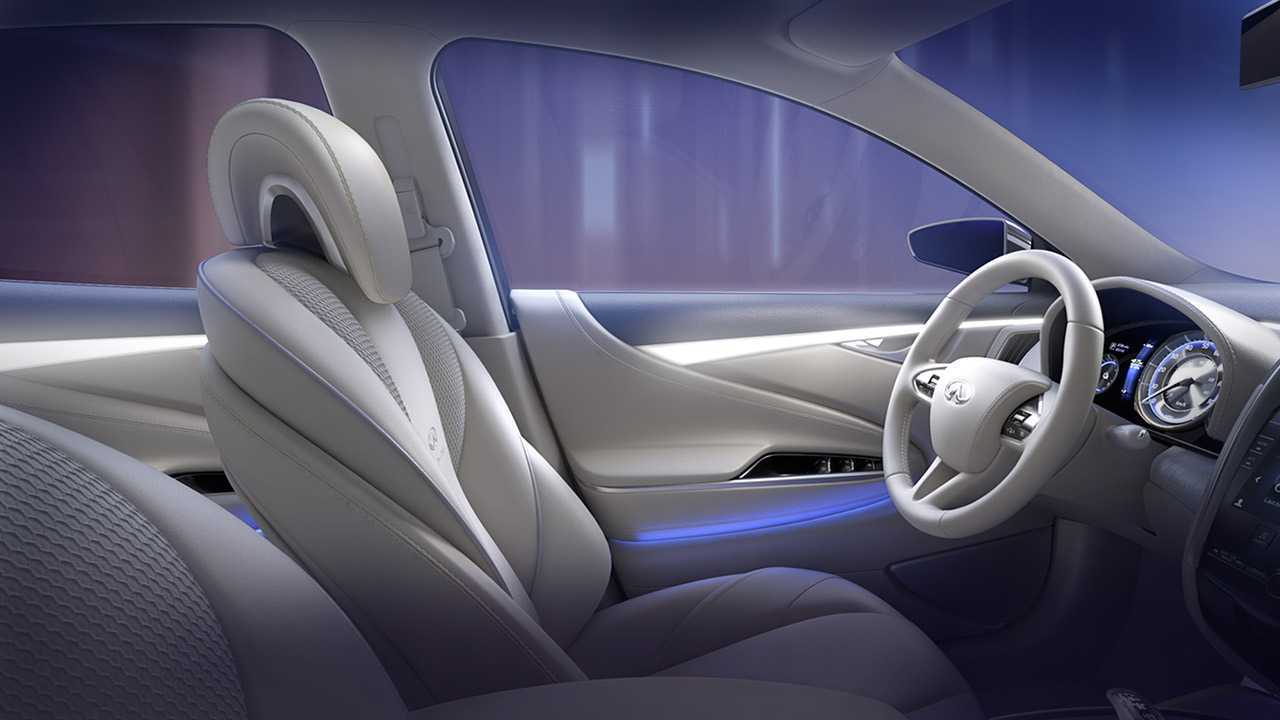 If ever a car fits the third category, it is the Infiniti LE.

And I can't stand it any longer. There is just too many little bits of paper on my desk about this car. Besides that, this site needs to have Infiniti landing page with more than just clip art, and we believe readers should not only get to read official press releases, but should know what is happening with a vehicle behind the scenes beforehand.

So first lets run the timeline:

Infiniti to Have an All Electric EV: 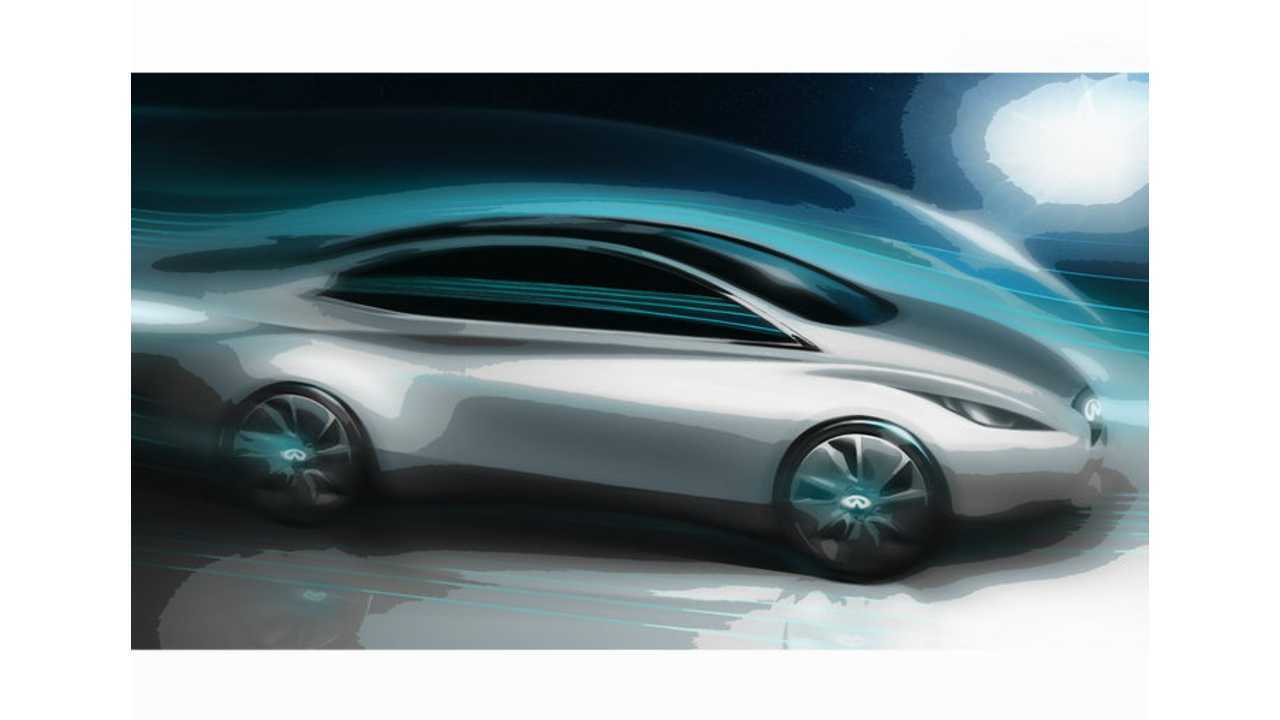 ...now lets fill in the 'gray' blanks behind the scenes as we understand them:

Sometime in early 2010, AESC did complete work on the NMC cells, and then starting doing validation and testing. At the same time, Nissan starting make hard plans for the vehicle, and did studies to maximize this technology on the Infiniti version of the LEAF platform. It would seem that at some point Nissan decided that a real world range of about 120-130 miles would be the minimum sweet spot for the new Infiniti if it were to bow today, (while putting it inline with the entry level, 40 kWh version of the Tesla Model S), and then sought out validation from focus groups...which it mostly got, although people always want more. 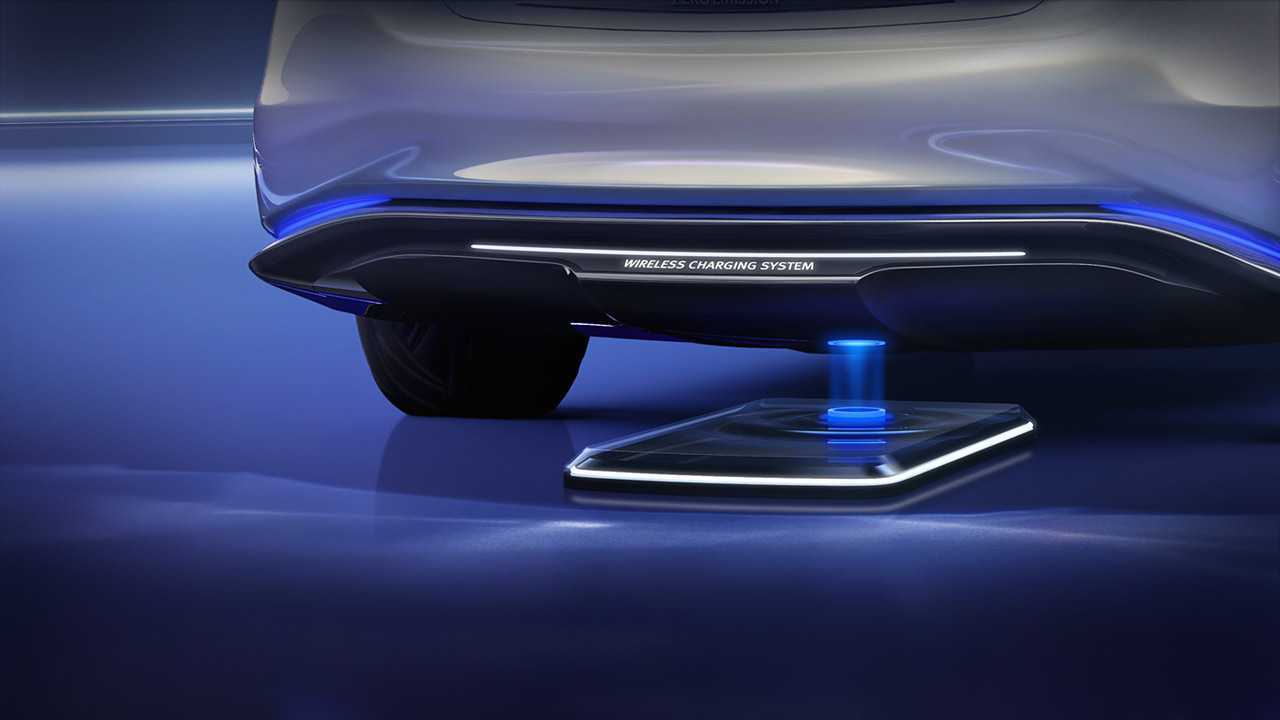 However, when the concept car debuted at the New York auto show, what followed it was just about the most carefully worded press release ever seen. Nissan took great pains to express the things the production model would definitely have:

But what wasn't included in the laundry list of "what you will see" was the battery pack or estimated range. Noted late in the press release and with a specific disclaimer was this:

Now letting people think at the time that the LE was going to have the LEAF's 24 kWh pack, and likely less than its 73 miles (EPA) of range, borders on the obscene.  Who would want such a thing at probably $15,000-20,000 more?   However, we should note that this is the company that gave life to the ugliest, and worst selling vehicle  you can find on a new car dealer's lot today.  The Nissan Murano Cross Cabriolet (click here if you dare).

Not only batteries where on tap for non-disclosures.   While talking to Infiniti spokespeople at the NY auto show, none would confirm the production location of the car officially, but that would not hinder an off the record, friendly nudge-nudge and wink, pointing to Nissan's upcoming electric vehicle assembly factory in Smyrna, TN.  Logically, considering the entire brand was, at one time, a USA-specific nameplate, and that most of Infiniti's sales are still US based, this just makes a lot of sense.  Why they just can't say that?  I don't know. 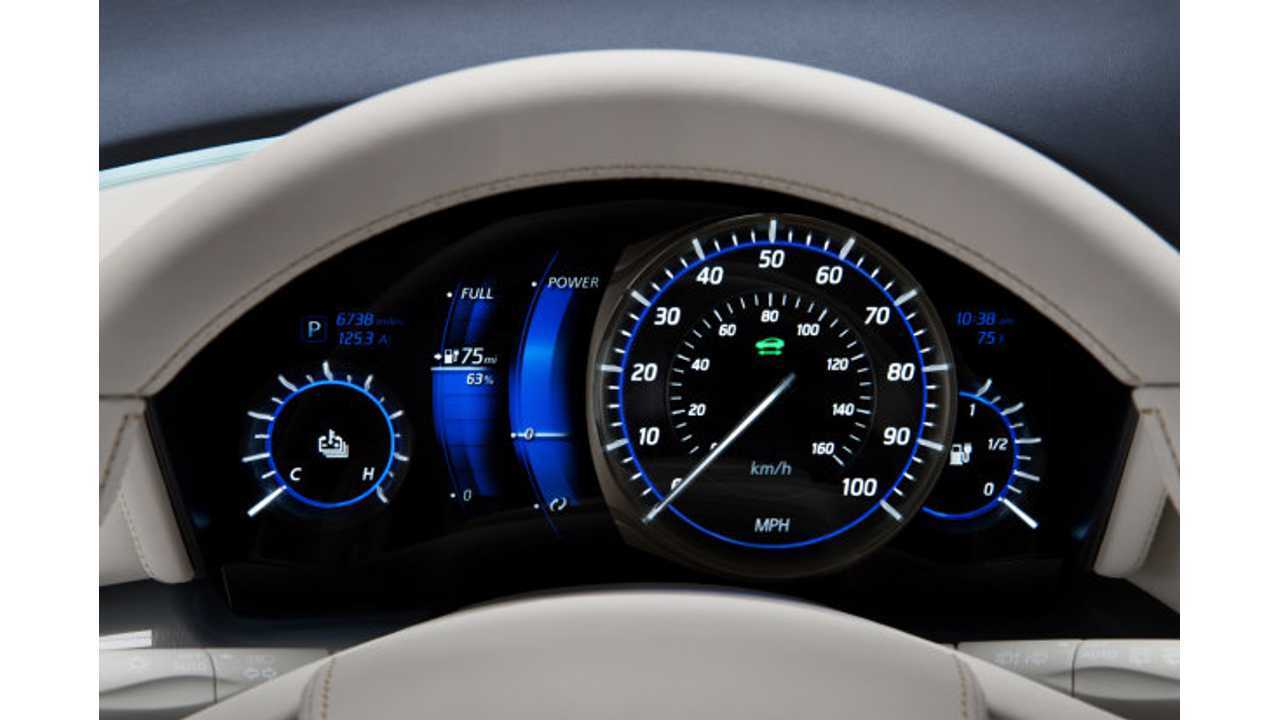 I should note that before going to press with all these random bits of cobbled together pieces of information, I decided to contact Infiniti about the car...just in case I could get lucky with some kind of confirmation on any (or all) of the subject matter. Generally, this is done by email, as we then don't interrupt each other's busy day, and I had expected to receive a courteous 'no comment'.

Instead, I got an invitation from Kyle Bazemore, Senior Manager at Infiniti Communications, to speak with him over the phone about the car. It was explained later that this was easier to just talk things through this way. It also avoids writing things down, and allows for some "well, we haven't confirmed that yet, but you might be right" moments.

Long story short, Mr. Bazemore is a nice fellow, we had a pleasant chat, despite the piece we just wrote about his new boss.  He represents the brand very well, while still clearly following the mandate to not divulge anything too epic about the Infiniti LE.  However, over the course of the conversation he did say that given new technologies and processes, the Infiniti LE, while larger than the LEAF, will be somewhat lighter than that car's 3,366lbs, and that he expected production on the Infinti LE to "begin in 15 to 18 month's time."  Update:  Plans changed - (late) 2016 is new debut year for the LE to be built alongside the 2nd gen LEAF

So, in the end, I guess we do have something official....and I get to clean off my desk.