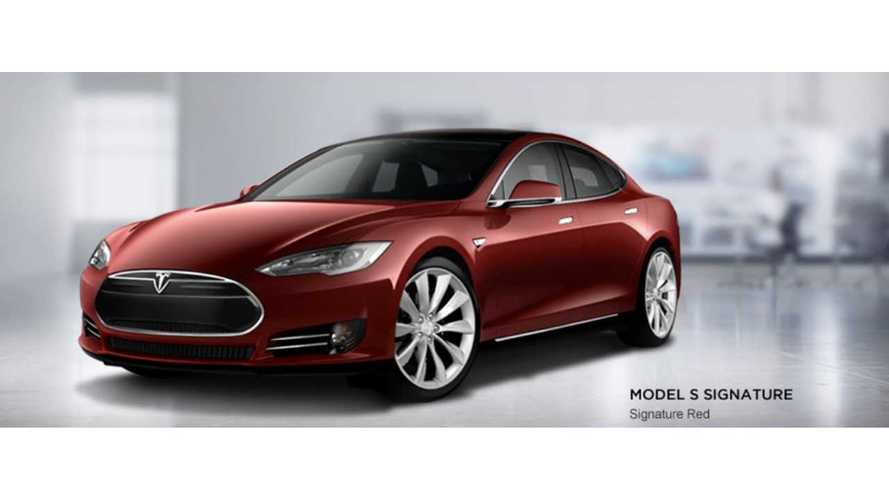 The Signature Series and Signature Performance is the premium, limited run edition editions of the Model S.  And they are both sold out.

These special cars start at $95,400 and run up to $105,400( for the Performance model), and their purchasers are assured to 'go to the front of the line' and receive their cars in priority sequence ahead of the more common Tesla customers.  The Model S starts at a base price of $57,400 for the 40 kWh, 160 mile version.

Both Signature Series come equipped with a massive 85 kWh battery netting about 300 miles of range, and 0 to 60 times of less than 6 seconds, with the Performance edition hitting the mark in 4.4 seconds according to the company.

Tesla notes that you can still reserve your own standard Model S, provided you put $5,000 down as a deposit.  Deliveries of those cars will begin later in the summer, but still based on the car that is chosen.  85kWh versions will be delivered first, followed by the 60 kWh versions in the fall, and finally 40 kWh perhaps by year's end.  To date, Tesla has taken just over 11,000 reservations.

All car's qualify for the $7,500 federal rebate, and it is not reflected in the price's quoted in the article.  Configure your own Tesla here.